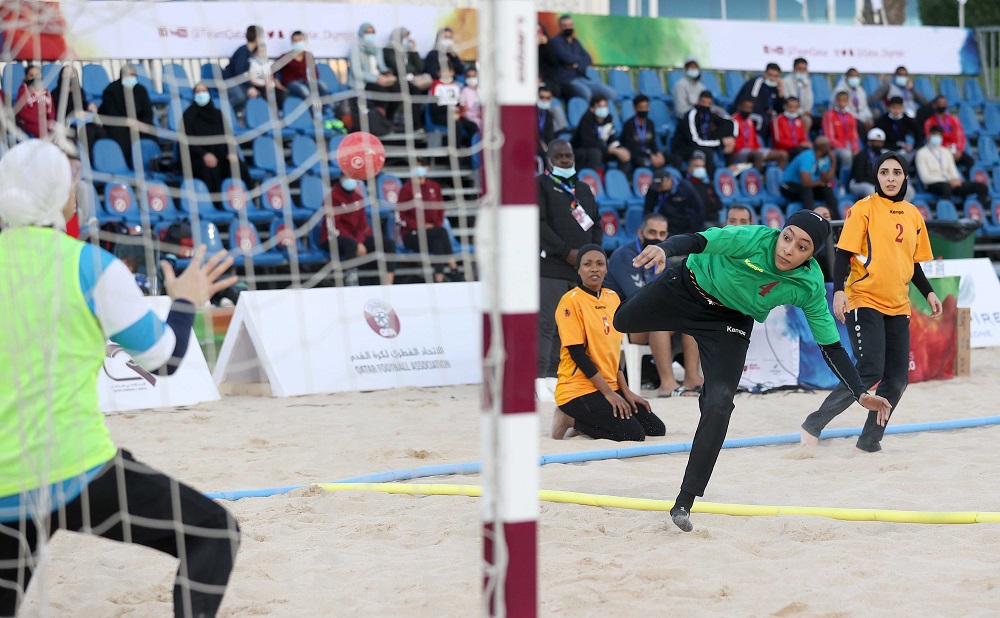 Doha, 21 December 2020 - The second day of the inaugural edition of the Qatar Olympic Committee (QOC) Beach Games witnessed actions in the ladies beach volleyball event at the Aspire Zone in Doha on Monday with the crowd yearning for more.

In Beach Handball, Msherieb were dominant in their two matches of the day as they posted a 2-0 result against Yasminat of Tunisia and the Lusail teams respectively to maintain a 100 percent record at the tournament while the Al Shaqab team, on the other hand, trounced Lusail 2-0 before defeating  Yasminat of Tunisia 2-1.

In Beach Volleyball, Qatar Academy won their Group A match against Al Salam 2-1 while Al Mahaba ended up as winners against the Elite team in Group B with the game ending 2-0. In the Beach Football encounter between Seashore and A7, the Seashore ladies were the better side as they won 13-0 while Qatar team also emerged victorious against the 22 Youth Initiative team in the other match, winning 3-2.

Over 500 male and athletes are participating in the first edition of the QOC Beach Games, a legacy for all members of the Qatari society from the 2019 ANOC World Beach Games, which will be held over two weeks until January 3, 2021.

Participants will be competing in four events namely football, handball, volleyball and 3X3 basketball, and the community activity is aimed at promoting beach sports in Qatar as well as encourage individuals to more outstanding standards of health and physical fitness.

The country successfully hosted the maiden edition of the ANOC World Beach Games in Doha in 2019 with over 150 countries represented.