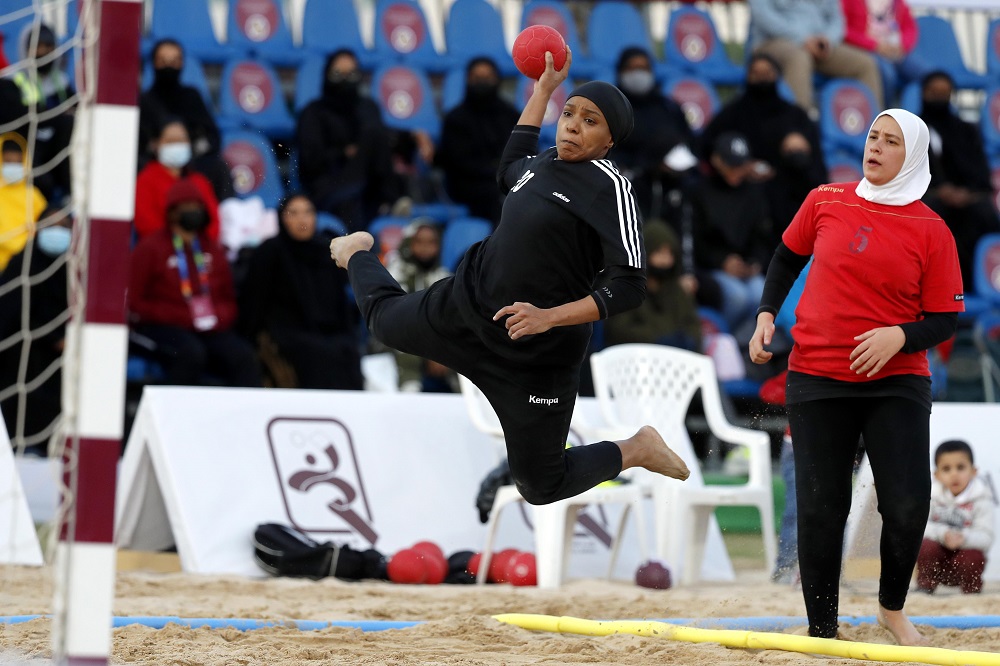 Doha, 27 December 2020 - The finalists of the women's beach handball event of the maiden QOC Beach Games have emerged with Al Shaqab, and Yasminat of Tunisia set to battle for the championship crown, and the ultimate prize on Friday, January 1, 2021.

In the semi-finals matches played on Saturday, Al Shaqab showed their superiority over the Lusail team, winning 2-0, while Yasminat Tunisia also edged the Msheireb team by the same margin.

Next Friday's encounter promises to be a clash of the titans as it involves, undoubtedly, the two best teams at the tournament. Both finalists were unbeaten en route the final and some of the players from both sides have showcased impressive skills indicating that the future is bright for Qatar's game.

In the women's basketball 3X3, the Doha team will be up against the Fighters in the first match of the day while the Doha A versus Pro Sport encounter follows immediately.

Next after that will be the match between the Black Mambas and the Hustlers while Sport Lab will take on Qatar B next. The last two games of the day will be Hustlers versus Fighters and Pro Sport against Qatar B.

On the other hand, four matches are on the card in the men's beach football. In Group A, Al Ennabi will take on Madinat Khalifa while Al Wukair will square up against El Ettihad.

The Group B clashes will be between Al Raheeb and Al Shahaniya, and Al Jasrah versus Al Doha.

The two-week event which will be held until January 2 is ticket-free, and it is open to everyone. Over 500 male and female athletes of all ages are participating in the legacy event, which is organised by the Qatar Olympic Committee.