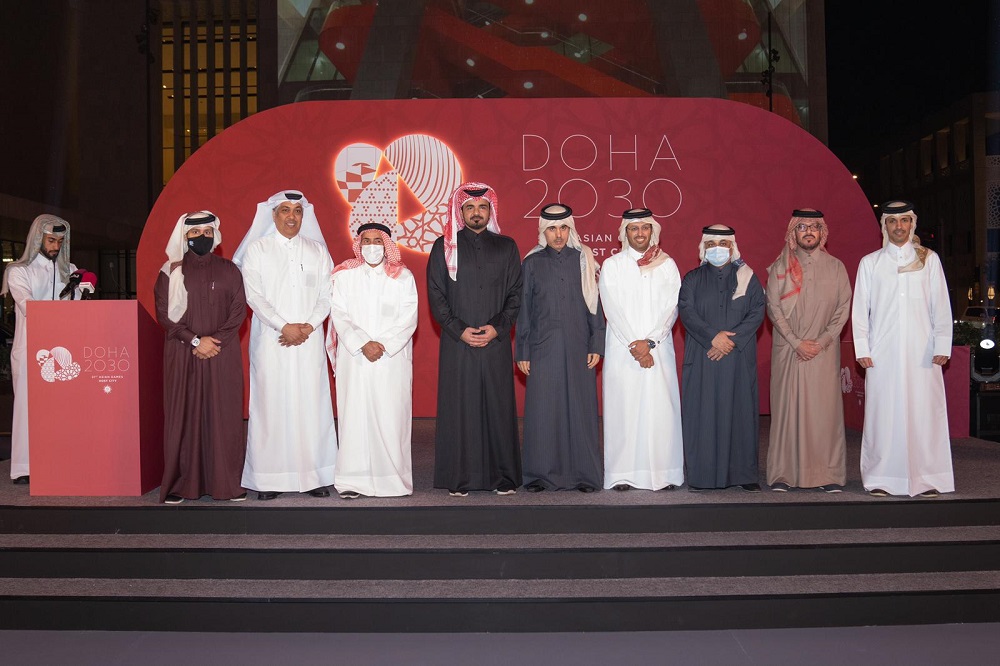 HE Abdullah bin Abdulaziz bin Turki al-Subaie, Minister of Municipality and Environment and Managing Director and CEO of Qatar Rail, HE Sheikh Saud bin Ali al-Thani, First Vice President of the Qatar Olympic Committee, HE Sheikh Hamad bin Khalifa bin Ahmed al-Thani, President of the Qatar Football Association, HE Hassan al-Thawadi, Secretary-General of the Supreme Committee, HE Saad bin Ahmed al-Mohannadi, Chairman of The Public Works Authority (Ashghal), sports leaders, heads of federations and the media were among the dignitaries felicitated by HE Sheikh Joaan on the occasion.

At the beginning of the ceremony, Sheikh Joaan praised those who worked hard to make the bid a success, saying he was proud of each one of them.

“More than two months ago we submitted to the Olympic Council of Asia the Doha bid document in order for Qatar to host the Asian Games for the second time after hosting the “Games of your life" in 2006," Sheikh Joaan said.

“And we meet tonight in celebration of this achievement where you proved your competence and lived up to the confidence that was placed in you to take on this national mission."

Sheikh Joaan added: “This victory in reality is a promise that we made in the name of our beloved country for the sports community in Asia and even of the world, and it is no secret to all of us that this is only the beginning. We have a lot to accomplish in the coming days and years in order to fulfil our promises with our deep appreciation for everyone who stayed up and continued to work creatively and sincerely."

He concluded by saying: “Brothers and sisters, we will embark on a new phase of continuous, serious and professional work starting from now. Our ambition has no limits especially as we work according to the strategy of achieving and building the national and continental heritage."