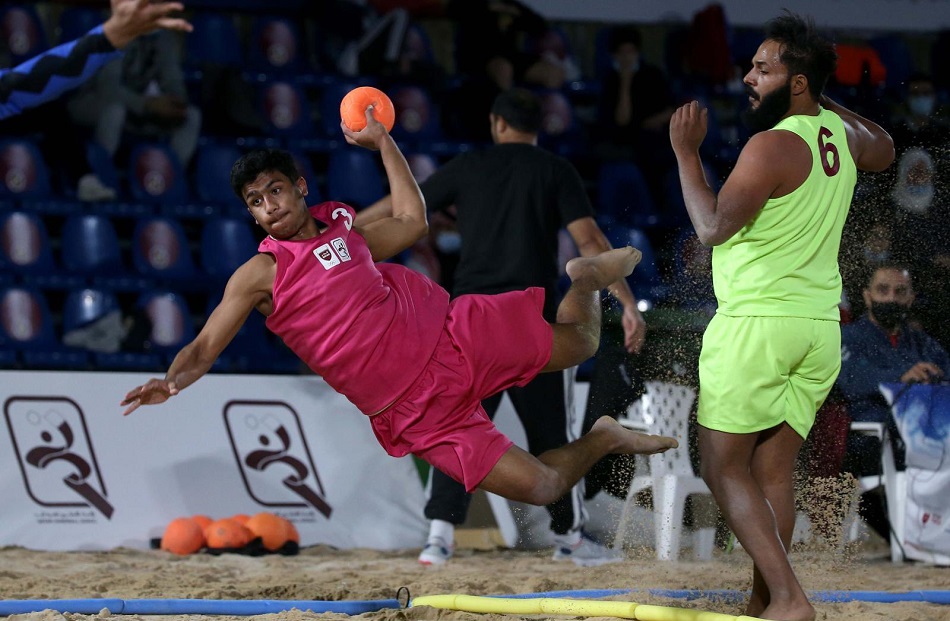 Doha, 29 December 2020 - The ongoing maiden edition of the QOC Beach Games being held at the Aspire Park in Doha has continued to generate massive interests from the populace with an increasing number of spectators attending the four different events, beach volleyball, beach basketball 3X3, beach handball and beach football, daily.

The men's beach handball and the men's volleyball were the main attractions on Monday. The two events witnessed impressive attendances with the stands almost filled to capacity -a significant indication of the general acceptance of not only the games but the tournament as a whole.

The ticket-free tournament has struck a responsive chord with the adults and young since it started as it a common sight to see even the children rooting and cheering heartily for their favourite teams at the event.

Four games were played in the men's beach handball on the day with Al Nosour going up against Al Fohoud in Group A. Al Nosour proved too hot to handle for their opponent as they ran away with a 2-0 victory while the other match in the Group between Al Edaid and Al Soqour also ended 2-0 in favour of Al Edaid.

In Group B, El Khafji defeated Al Ruwais 2-0 while Al Hazm won against Al Nomour B also by the same scoreline.

Meanwhile, the keenly contested Group A beach volleyball match between Al Adaam and Nawakhza ended with Al Adaam winning 2-0 while Al Nojoom were the winners in their match against the Lusail team, winning 2-1.

With the tournament reaching a crescendo, football fans are in for very thrilling encounters on Tuesday as the semi-finals of the men's beach football will be played.

Al Ennabi will square up against Al Shahaniya at 5:30 pm for a chance in Saturday's final while the clash for the second finalists' ticket will be between the Doha team and Madinat Khalifa.

The two-week QOC Beach Games will close on Saturday, January 2, 2021, with a spectacular closing ceremony at the Aspire Park.

Over 500 male and female athletes are taking part in the tournament, a legacy event of the 2019 ANOC World Beach Games Doha.​