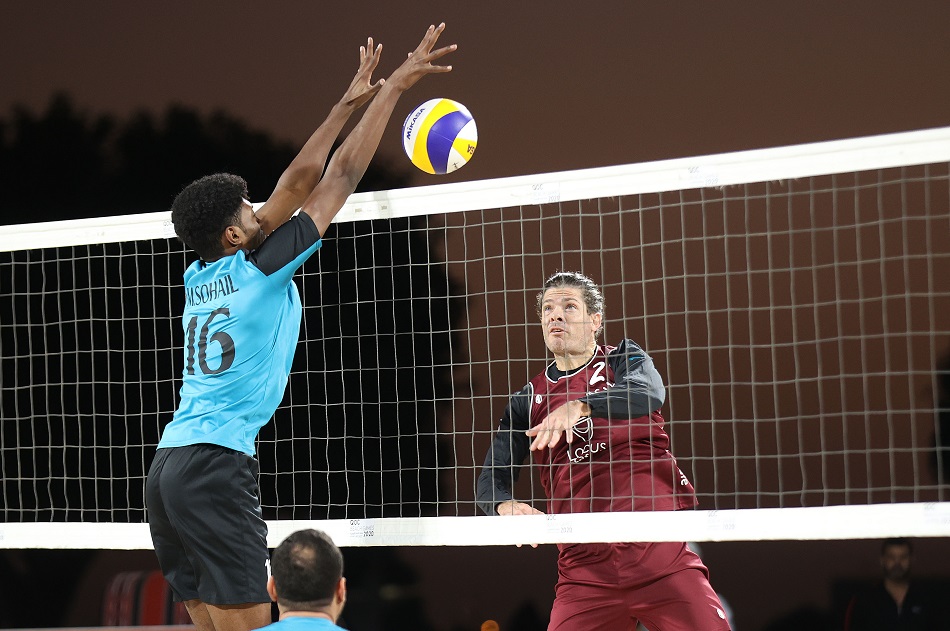 Doha, 30 December 2020 - The finalists of the men's beach volleyball of the ongoing QOC Beach Games emerged on Wednesday with Al Adaam booking a date with Al Nojoom in what promises to be an exciting game on Saturday, January 2.

Al Adaam, who remain undefeated en route the last-four clash, trounced the Lusail team 2-1 while Al Nojoom overcame Zekreet in straight sets in what was one of the most exciting matches of the tournament so far.

The two teams have everything to play for on Saturday as they battle for the honour and prestige of being crowned the maiden champion of beach volleyball of the Beach Games.

Meanwhile, Al Soqour continued their impressive run in the men's beach handball as they knocked out Al Fohoud 2-0 to secure their semi-finals ticket.

In the other quarter-final matches of the event, Al Khafji trounced Al Nomour 2-0 while Al Hazm also won against Al Ruwais 2-0. The same scoreline was recorded in the game between Al Edaid and Al Nosour with Al Edaid emerging the winner.

Al Edaid is set to face Al Hazm in Thursday's semi-final while Al Khafji will square up against Al Soqour for a berth in Saturday's final.

In the meantime, play will resume in the women's beach basketball 3X3 on Thursday with Doha taking on Black Mambas in the first game of the day at 5:00 pm.

The match will be followed by Qatar A versus Sport Lab game at 5:20pm while Black Mambas will subsequently return to the court to face Fighters.

Pro Sport and Sport Lab will clash after that before Hustlers take on Doha. Qatar B versus Qatar A game will round up proceedings on the night in the event.

Over 500 male and female athletes are participating in the maiden QOC Beach Games, a legacy event of the 2019 ANOC World Beach Games Doha, which is being held over two weeks until January 2, 2021.