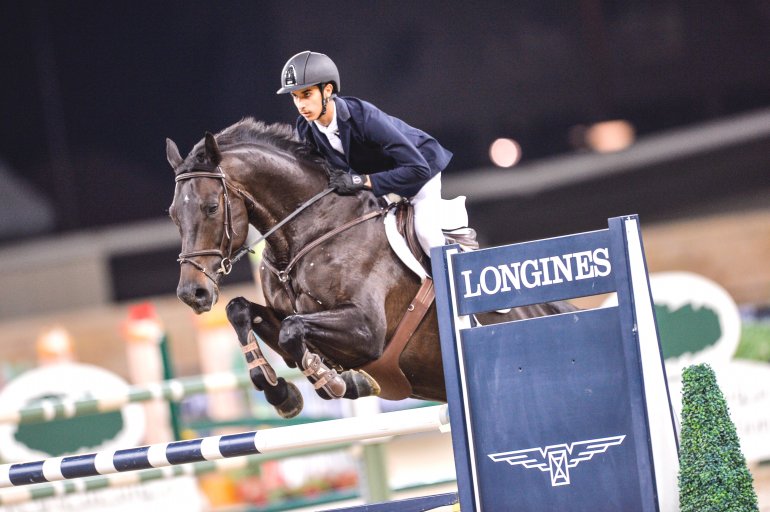 This was the first occasion the popular tour staged a round at the state-of-the-art equestrian facility after the Qatar Equestrian Federation hosted all six previous rounds this season.

Al Qahtani grabbed the honours astride the Al Shaqab-owned eight-year-old mare after completing the fastest routine (29.49 secs) among a 44-strong line-up to get richer by QR7,500.

Verona, guided by Mohammed Khalifa Albaker, spent a time of 31.05 secs to complete the same task. Albaker, who is currently sitting in the second spot in the Medium Tour overall rankings with five more rounds to go, yesterday won QR6,000 in prize money  as he went on to push his Medium Tour title hopes.

The third place yesterday was won by Salmeen Sultan Al Suwaidi    who completed the round in 31.34 with Aslan 69. Al Suwaidi won QR4,500 after booking the podium spot.

Earlier, the Small Tour competition which offered a total of QR20,000 in prize money, was won by Mohammed Nasser Al Qadi who completed a flawless 54.07-second routine with Vlacido.

The victory lifted Mohammed  to the second spot in the Small Tour standings  as he added QR5,000 to his account.

Gibria-B, with Hamad Nasser Al Qadi in the saddle, was able to finish the same task in 54.91 seconds, but he had to satisfy with the second spot on the podium. Hamad won QR4,000 in prize money. Cornett Des Forrets, guided by Khalid Ali Al Adba, completed the podium with a run which was completed in 55.03 secs as an impressive number of 20 riders completed the Small Tour with no faults.

In the presence of Hamad bin Abdul Rahman Al Attiyah, President of the Qatari and Asian Equestrian Federations as well as the Chairman of the Longines Hathab Organising Committee of the Longines Championship, Al Mannai and Ahmed Salem Al Ali, Director of the Social and Sports Activities Support Fund Department, crowned the Small Tour winners.

The seventh round of the 12-leg series concludes today with Big Tour and Open Class competitions.