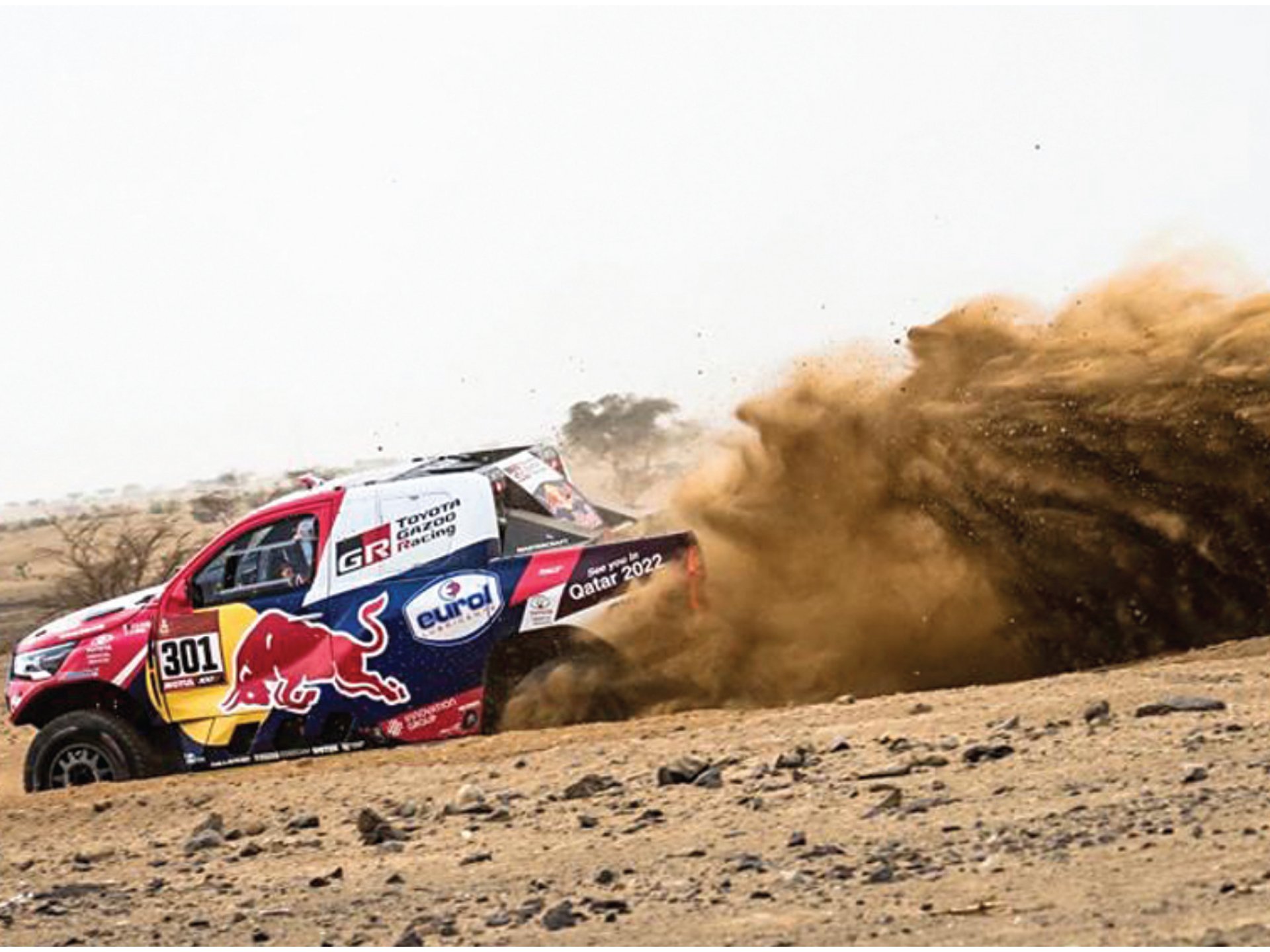 Riyadh, 3 January 2021 - Qatari driver Nasser al-Attiyah sent out an early warning to his rivals in the Dakar Rally by winning the car prologue yesterday while defending champion Ricky Brabec of the USA took the early motorbike honours.
The prologue, being run for the first time in the Dakar’s history, took place on a mainly sandy 11-kilometre route near the Red Sea city of Jeddah. Toyota driver al-Attiyah, a three-time winner of the most gruelling event in motorsport, earned the right to start first in today’s opening stage, a 622km run from Jeddah to Bisha. “I’m glad we got the show on the road. The prologue is just an appetiser but it gives us a glimpse of where everyone stands,” he said. “Things get serious tomorrow with a long opening stage.”
Al-Attiyah faces stiff competition from reigning champion Carlos Sainz of Spain. The Qatari legend faces a busy 2021 as he is also aiming for a seventh appearance in skeet shooting at the rearranged Tokyo Olympics.
The Qatari has managed to win the Dakar three times (2011, 2015, 2019), with three different cars, and has won at least one stage per edition without interruption since 2007, accumulating 35 stage victories.
South African Brian Baragwanath set the same time as al-Attiyah in his Century Racing buggy and will start in second place with local hope Yazeed Al-Rajhi third. Defending champion Sainz, also a triple Dakar winner, lost time with a puncture in the first kilometre and was 36 seconds off the pace in his X-Raid Mini JCW buggy but happy to get going after days in quarantine. Frenchman Romain Dumas, a 24 Hours of Le Mans winner, took more than twice as long as aAl-Attiyah to complete the prologue and was lagging in 63rd place.
Among the motorcycle riders, Brabec was six seconds faster than Spanish Honda teammate Joan Barreda with Australian rookie Daniel Sanders a further 13 seconds behind on a KTM. Today’s stage features 277km of timed action, with 286 vehicles entered – 101 motorbikes, 64 cars, 16 quadbikes, 61 lightweight vehicles and 44 trucks. A further 23 vehicles are taking part in the Dakar Classic for cars and trucks from the 1980s and 1990s.
The Dakar is the first major motorsport event of 2021 and the 43rd edition is taking place with strict health measures due to the Covid-19 pandemic. The competitors arrived on approved charter flights after Saudi Arabia closed its borders, with all of them having to quarantine and test negative before joining a ‘bubble’ in which they will spend the next two weeks.
Meanwhile, Nasser’s younger brother, Khalifa al-Attiyah will be in action in a Can-Am XRS in the SSV T4 category. Khalifa will team up with former Italian enduro rider and 2018 African Eco Race winner Paulo Ceci in the first of the South Racing Can-Ams.
After a four-year lay-off from top-flight competition, Khalifa returned to competitive action at the recent Ha’il Baja and sealed victory at the final round of the FIA World Cup for Cross-Country Bajas on his debut with the new team.  Khalifa, 42, will also be making his Dakar debut on an event where Ceci makes his first appearance as a navigator after five finishes on a motorcycle between 2010 and 2016. The pair only met for the first time at the start of the month before the Ha’il Baja events, but showed enough potential to suggest they will be challenging for the Dakar podium. Meanwhile, Qatari duo Ahmed al-Kuwari and co-driver Nasser al-Kuwari will team up in a Yamaha, YXZ 1000R SS.