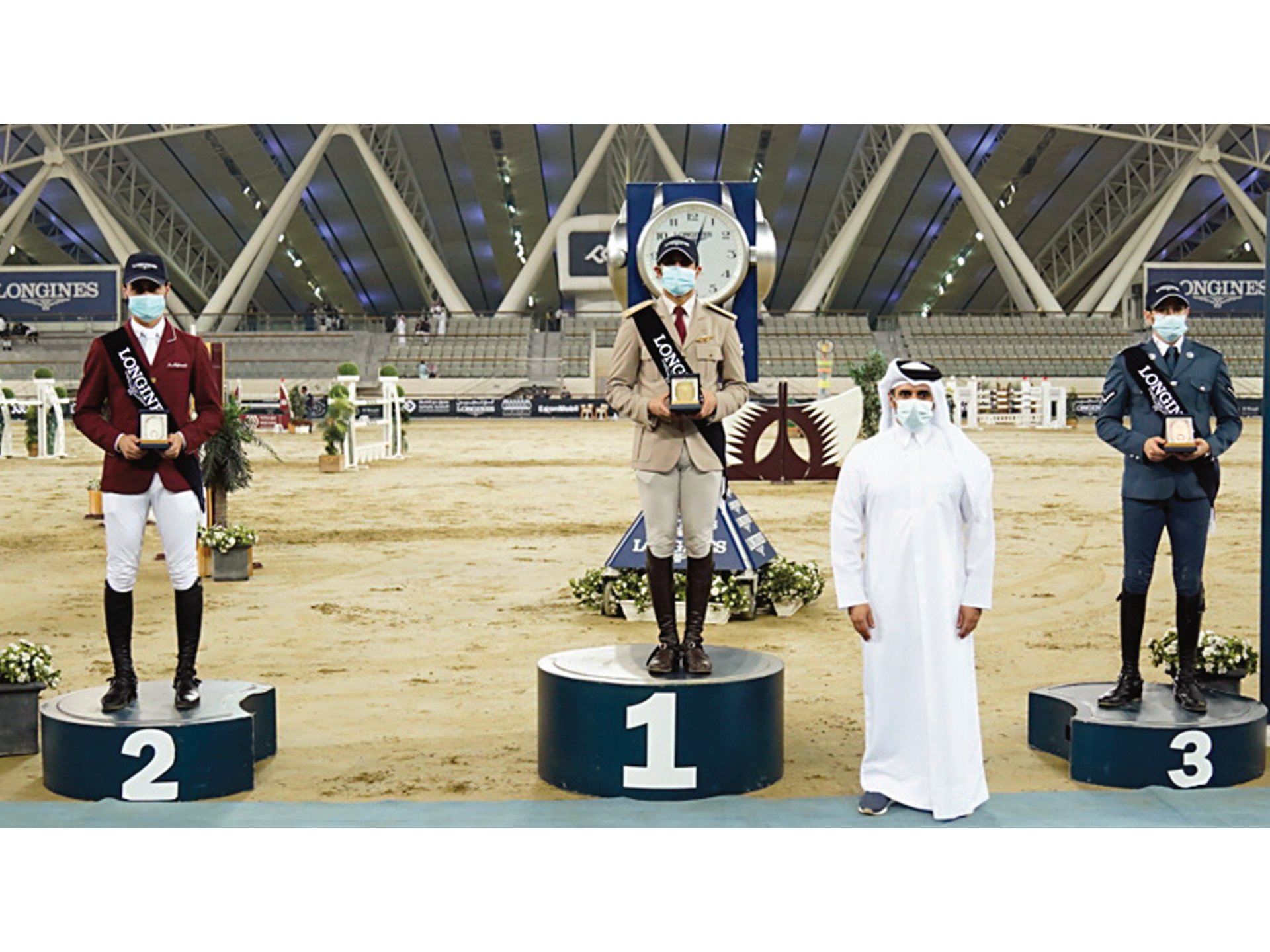 Doha, 3 January 2021 - Salmeen Sultan al-Suwaidi clinched the Big Tour class during the seventh round of the Longines Qatar Equestrian Tour Hathab supported by The Social & Sport Contribution Fund.
At Al Shaqab’s outdoor arena, al-Suwaidi astride 10-year-old gelding Aslan 69 emerged fastest in the145cm class in a time of 34.53 seconds. Al-Suwaidi victory gave him QR11,250 in prize money.
In second place was Nasser al-Ghazali on Quel Homme, with the pair coming home in 37.56 seconds. Hamad Nasser al-Qadi looked good to challenge al-Suwaidi for top spot but a four-second penalty meant the rider had to settle for third place with SIEC Lonnie in a time of 39.66 secs.
Meanwhile, Faris Saad al-Qahtani won for the second successive day. The young rider, who had won the Medium Tour astride Hidiene on Friday, scooped the Open Class title yesterday. Salman Mohamed al-Emadi took the runner-up spot with Zorro Z, while Rami Younis and Inzaghi Van Molenheide finished third.
In the Future Riders 80cm class, Hadi Mansour al-Shahwani emerged victorious with Kashmir in a time of 20.68 seconds. Less than two seconds behind was Barzan Azzam Saleh with Ilse. Saleh also claimed the third place astride Sita.
Majed Abdulrahman al-Awadh won the Future Riders 90cm class with Latino 291 in a time of 21.32 secs
Abdulaziz Khalid al-Bukhari (Gi Molga) came second, while Kanz Azzam Abdulla Saleh (Ubor) finished third.
Meanwhile, Omar al-Mannai, Vice-Chairman of the Hathab praised young riders for their development through the annual series.
“The majority of the young riders that we have are at a good level and are building it up. Almost all of them are riding with new horses and order to reach a certain standard of performing level, a rider needs time to tune up and to know his or her horse more,” he said yesterday.
Al-Mannai also said there has also been an increase in the number of horse-owners and new horses are being bought and introduced in Doha almost every week.
“The riders need to keep it up, they are doing well so far with new horses. Now almost every week we are receiving new horses in Doha from new private owners this is something very good for the sport and for riders through new ownerships and new joiners to equestrian,” he added.