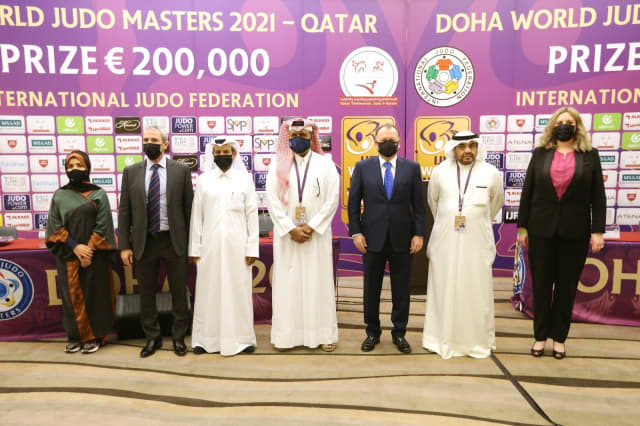 Doha, 10 January 2021 - World’s best judokas will seek to secure a place for the 2020 Tokyo Olympics in July at the International Judo Federation (IJF) World Judo Doha Masters 2021, a qualifying event that starts here from tomorrow.

Top on the list of top judokas includes Teddy Riner of France, a two-time Olympic gold winner and 10-time world champion in the +100kg, Idalys Ortiz of Cuba — the 2012 Olympic gold medallist in the +78kg female category, and Japan’s Soichi Hashimoto — world No.1 in the lightweight division and four-time World Championships gold medallist.

“I would like to thank the Emir of Qatar, Sheikh Tamim bin Hamad al-Thani and his government, the National Olympic Committee, the Asian Judo Union, the Qatari Judo Federation for making this major event possible,” said IJF President Marius Vizer at the draw ceremony on Sunday.

In fact, the judo season will kick off in Qatar with the Doha Masters.

“We are very happy to welcome you to our country,” said Qatar Taekwondo, Judo and Karate Federation President Khalid Hamad Al Attiyah.

“After the organisation of the IJF Refereeing and Coaching Seminar last year and with the 2023 World Championships on the horizon, our goal is to develop judo in order to make it an educational tool for our youth.”

Thereafter, major championships like Grand Slams of Tel Aviv, Tashkent, Tbilisi and Paris will be held ahead of the World Championships in Budapest in June.

But the Doha Masters is likely to be a major draw for the martial arts lovers.

The tournament will feature competition in seven categories for both men and women, and it will be streamed live on the IJF website and social media channels.