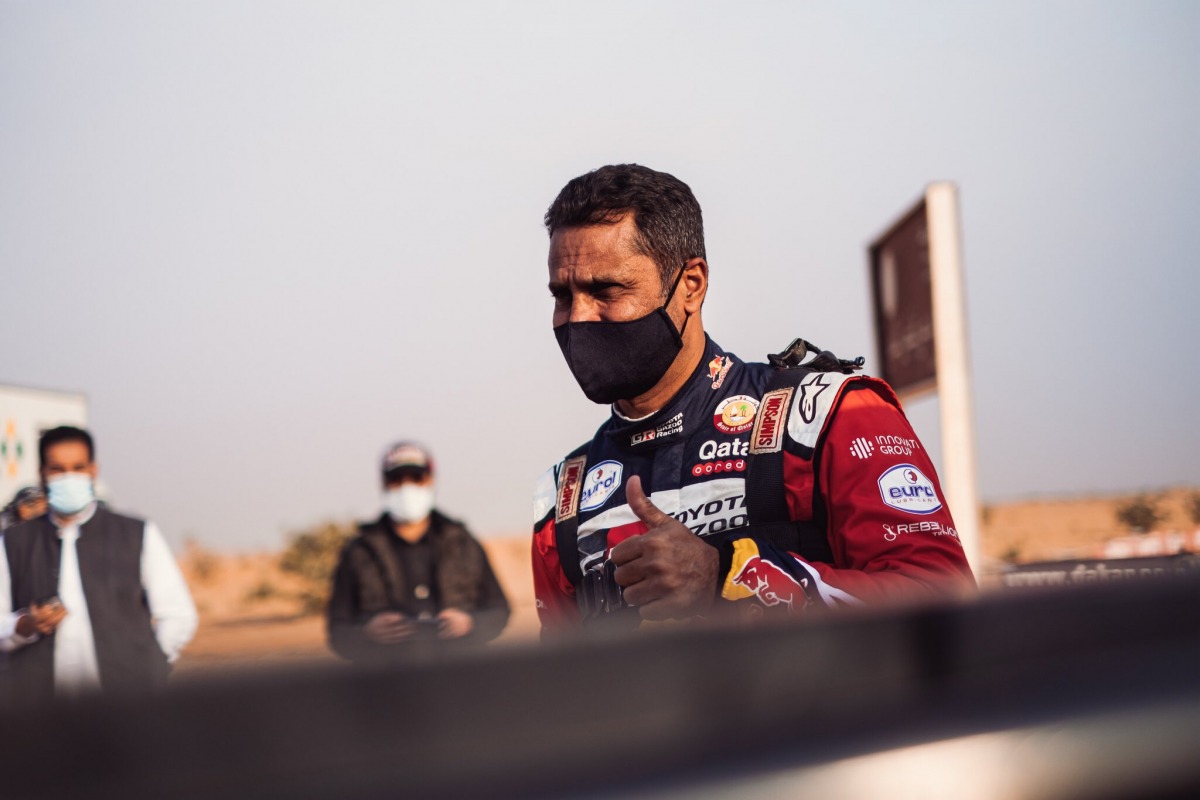 Riyadh, 11 January 2021 - Qatar's Nasser Al-Attiyah won the eighth stage of the Dakar Rally in Saudi Arabia on Monday to claw back more than three minutes from leader Stephane Peterhansel in the car category.

The Toyota Hilux 4x4 driver, chasing his fourth Dakar title, dominated the 375km eighth stage from Sakaka to Neom with Frenchman Peterhansel third and his lead cut to four minutes and 50 seconds.

It was Al-Attiyah's fifth stage win of this year's event, including the prologue, and 40th of his career.

"It's difficult to say (about the chances of winning the event) because the buggies are more comfortable, better traction and big wheels, less punctures," he said, with four stages remaining.

"From the start until now, we have had eight flat tyres, so it’s not easy."

Peterhansel, a record 13 times winner of the Dakar with victories on two wheels and four, made some mistakes in his X-Raid Mini JCW buggy.

"We're still in the battle. It’s really complicated to do a full Dakar without a mistake," he said.

In the motorcycle category, Chilean Jose Ignacio Cornejo extended his overnight lead with his first stage win of the 2021 event.

The Honda rider started the day with a one second lead over Australian Toby Price and ended it one minute and six seconds clear.

Price was second with defending champion Ricky Brabec of the United States third, moving up to sixth overall but 17 minutes and 42 seconds off the lead.

French Husqvarna rider Xavier De Soultrait, who led after Wednesday's fourth stage, crashed out of the rally and was flown to hospital in Tabuk for X-rays. Organisers said he remained conscious.