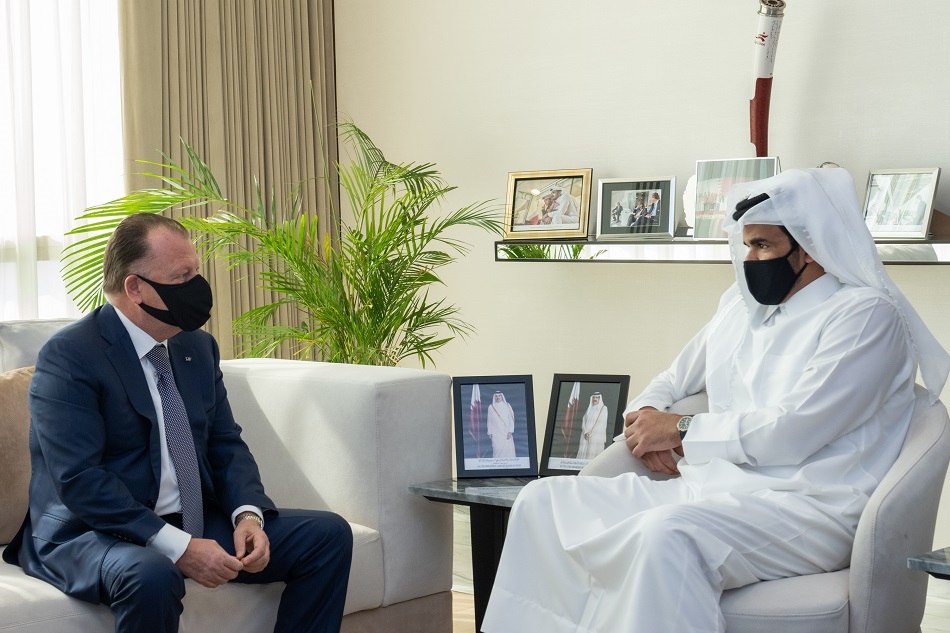 HE Sheikh Joaan welcomed the IJF President praising the fruitful cooperation between the Qatari and international federation of the game.

The QOC President also thanked the IJF for its efforts to develop and promote Judo all over the world and lauded the fruitful cooperation with the IJF.

For his part, Marius Vizer praised the development of sports in Qatar and the high organizational level of Doha Judo Masters 2021 taking place at Lusail Arena.

The meeting that was attended by the QOC Secretary General HE Jassim bin Rashid Al Buenain, also reviewed aspects of bilateral cooperation and ways of boosting and developing them. ​