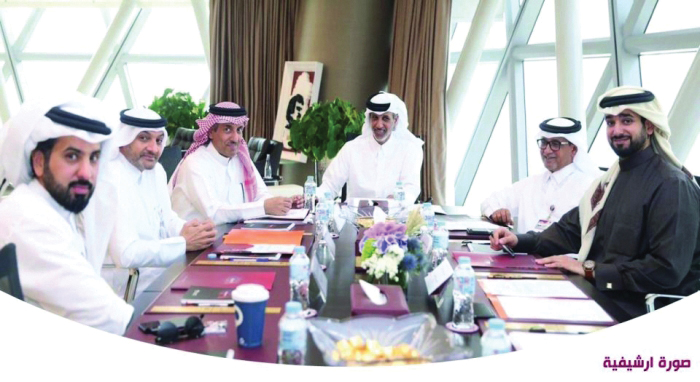 The meeting discussed in detail a series of matters directly falling under QFA purview. A detailed report on the tournaments hosted by QFA in the last year was discussed.

The QFA President was also informed of matters related to the 2020 AFC Champions League matches held for East and West Zones.

The QFA President was apprised of AFC praise made public by AFC President Sheikh Salman bin Ibrahim on Qatar’s timely help in hosting the two separate month-long events in Sept-Oct and Nov-Dec.

The meeting also discussed the report on the final match of the Amir’s Cup that coincided with the celebration of Qatar’s National Day on December 18.

The Amir Cup final was staged at the brand new Ahmad Bin Ali Stadium, one of the venues for FIFA World Cup 2022 to be held in Qatar.

According to the agenda, the attendees were briefed on the developments laid out in the bid file to host the AFC Asian Cup 2027. Qatar’s bid file was delivered at AFC headquarters through His Excellency Fahd bin Muhammad Kafoud, Ambassador of the State of Qatar to Malaysia.

At the end of the meeting, the QFA president expressed his thanks and appreciation to all entities and institutions operating in the country, especially the Ministry of Public Health and the Ministry of Interior for ‘the great effort and the work they did with the utmost dedication, sincerity and love in raising Qatar’s profile in world football’.