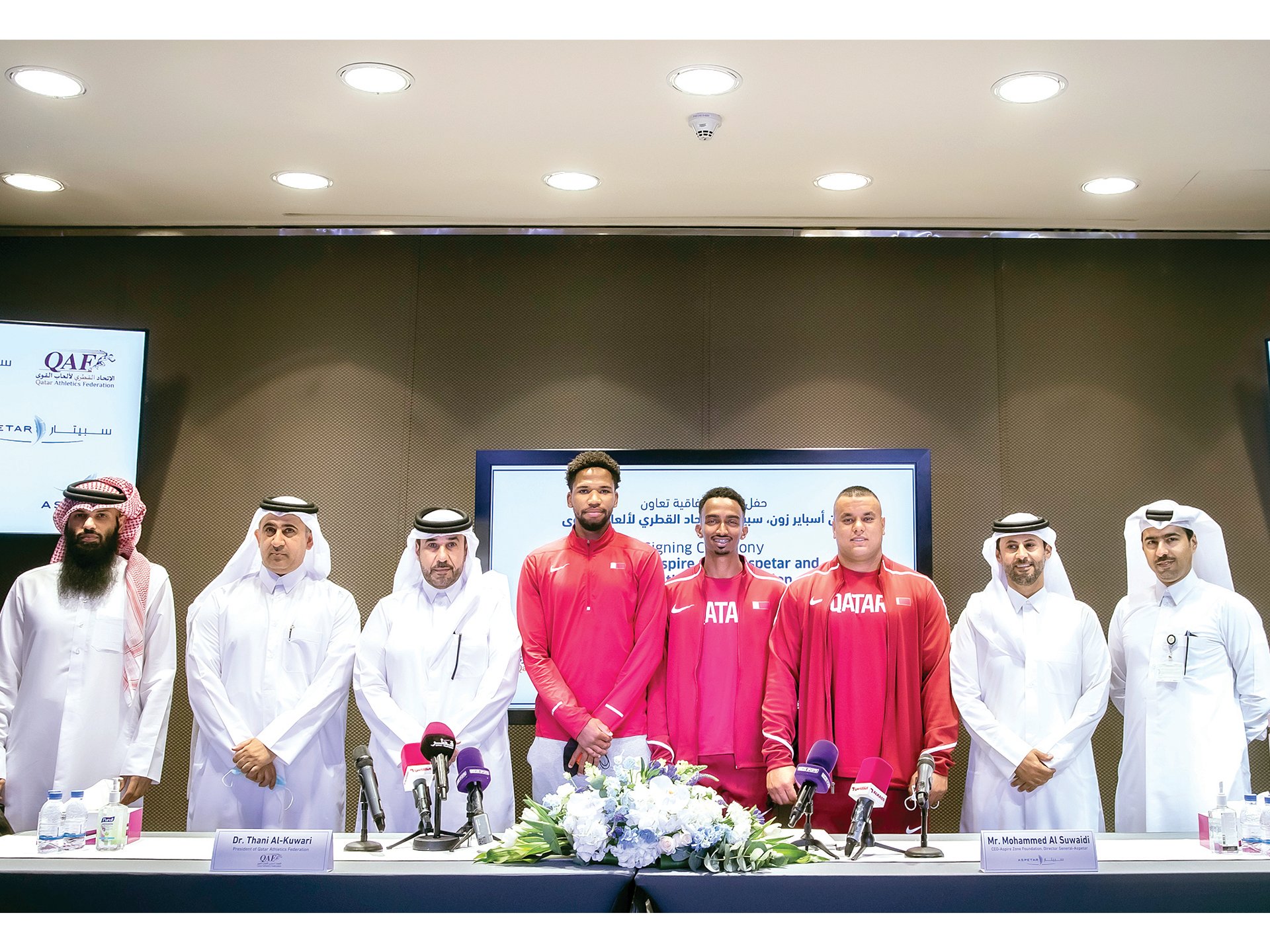 Under the agreement, Qatari athletics stars will benefit from comprehensive medical support leading up to the Tokyo Olympics, where the Qatari elite aspires to confirm their progress, especially after the successful organisation of the 2019 IAAF World Athletics Championships and the positive results achieved during this tournament.

Commenting on the agreement, Al Suwaidi said: “We are proud of the successes achieved by Qatar Athletics in international competition. This agreement will serve Qatar’s sport by conducting a fully comprehensive medical test for athletes pre, during and post competitions, providing them with comprehensive medical support and using Aspire Zone facilities to serve Qatar’s sport and athletics.”

Dr. Al Kuwari said the agreement would be useful for Qatari sport, pointing out that cooperation with Aspetar has been going on for years. He noted that Qatar would participate in many competitions, including the Diamond League - Doha round at the end of May this year and the Tokyo 2020 Olympic Games to be held next summer.

Aspetar was the official medical provider of the 2019 IAAF World Athletics Championships, where it was highly praised by many sports officials locally and internationally. Aspetar attracts many of the world’s athletics stars both for treatment and medical advice, thanks to the world hospital’s distinctive approach to athletes’ treatment.