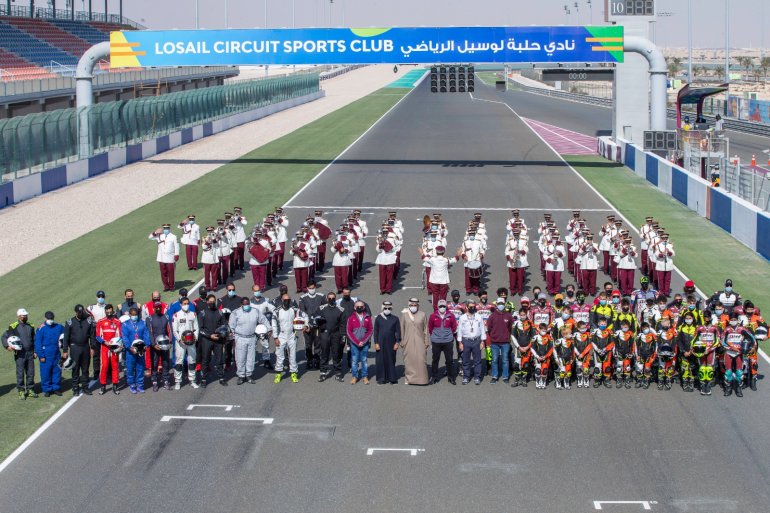 Doha, 24 January 2021 - Experienced rider Saeed Al Sulaiti powered to impressive wins in the first round of the Qatar Superstock 600 at the Losail International Circuit.

Riding is ‘much improved’ Yamaha YZF-R6, Al Sulaiti, 35, left his rivals in awe of his superb start to the new season.

In the first race, Al Sulaiti’s winning margin was +7.014 seconds, while in the second it was +6.548. Al Qubaisi and Al Nuaimi finished second and third respectively in both races topped by Al Sulaiti.

“I am very happy to win both races. I really worked hard with the team and we were able to work on a good bike. In the first race, I managed to make a good gap from the beginning. It was nice to win the race like this,” said Al Sulaiti.

“In the second race, Abdulla was difficult to keep pace with in the first few laps but I managed to keep my rhythm and then was consistent. In the middle of the race I kept the gap. Hopefully I can keep such performances and keep improving with the bike,” he added.

Al Darwish had finished second in the Race 1 on Friday, while Al Harqan was placed third in the season’s first round. Race 1 winner Hamad Al Sahouti had to be content with fourth spot yesterday.

Al Khelaifi, a three-time champion,  was in a class of his own in Race 1 as he romped to victory with ease. His winning margin over second-placed Ahmed Al Muhannadi was +14.945 seconds. Hamad Al Asam finished in third place.

Al Maadeed, who had retired from Race 1 after four laps, won the second race, with Al Khelaifi finishing runner-up. Al Muhannadi was third.

“It feels very nice to be on the podium after such a long break,” Al Maadeed said.

“Last year, I had nine podiums out of 10. This year we couldn’t complete the first race but won the second.  We had some issues. Hopefully the next round we will be targeting the podiums in both races.  For next round, we will work harder,” he added.