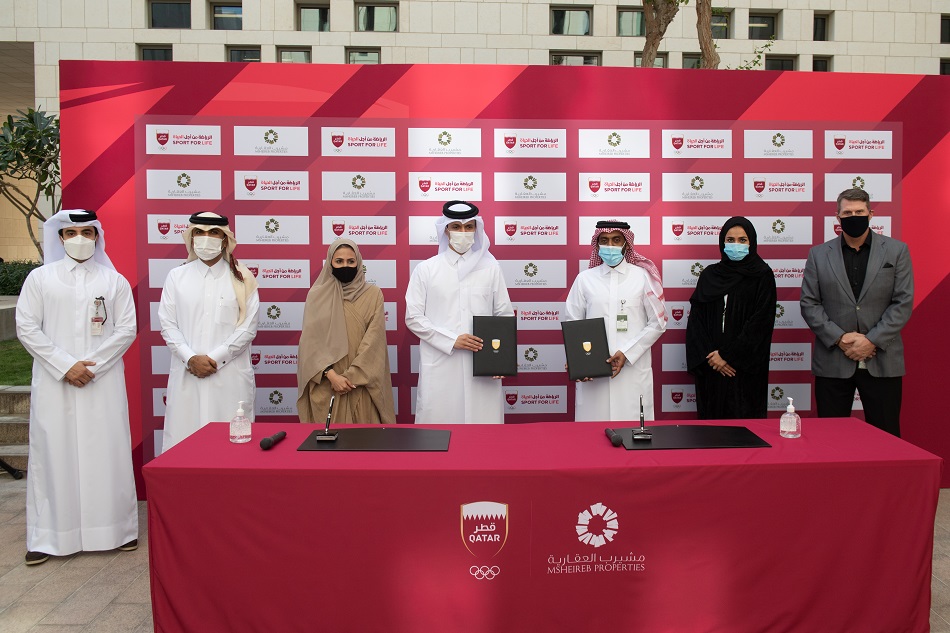 The agreement will strengthen the cooperation between the QOC and Msheireb Properties in several areas including sports, institutional and community fields. It will also promote the culture of practicing sports in Qatar.

"Msheireb is a modern, smart and sustainable model that combines the Qatari urban identity with modern technology and presents them in a way that lives up to needs of current era. In the QOC, we aim to give Msheireb a sporting character to Msheireb Downtown Doha by holding sports activities and events that suit different community groups."

He also added that the agreement reflects the close and continuous cooperation between the QOC and Msheireb Properties as the QOC held some important events at Barahat Msheireb including 2019 Sports Excellence Day, 2020 National Sport Day and honoring the ceremony of 2030 Asian Games bid committee members.

Eng. Ali Al Kuwari, Acting CEO, Msheireb Properties stated: “Msheireb Properties is proud of the partnership with Qatar Olympic Committee. We are confident that this mutual collaboration will have a positive impact on the two parties and our community in Qatar. We thank our partners for the big effort and programs that aim to serve our people and enhance the position of Qatar as a global sports destination".

“Msheireb Downtown Doha is a distinctive urban landmark in the heart of Doha. It will offer spacious space for hosting Qatar Olympic Committee's events. This partnership is a good opportunity to enhance tourist and social aspects in the city and will add exciting ambience along with cultural and art events".​