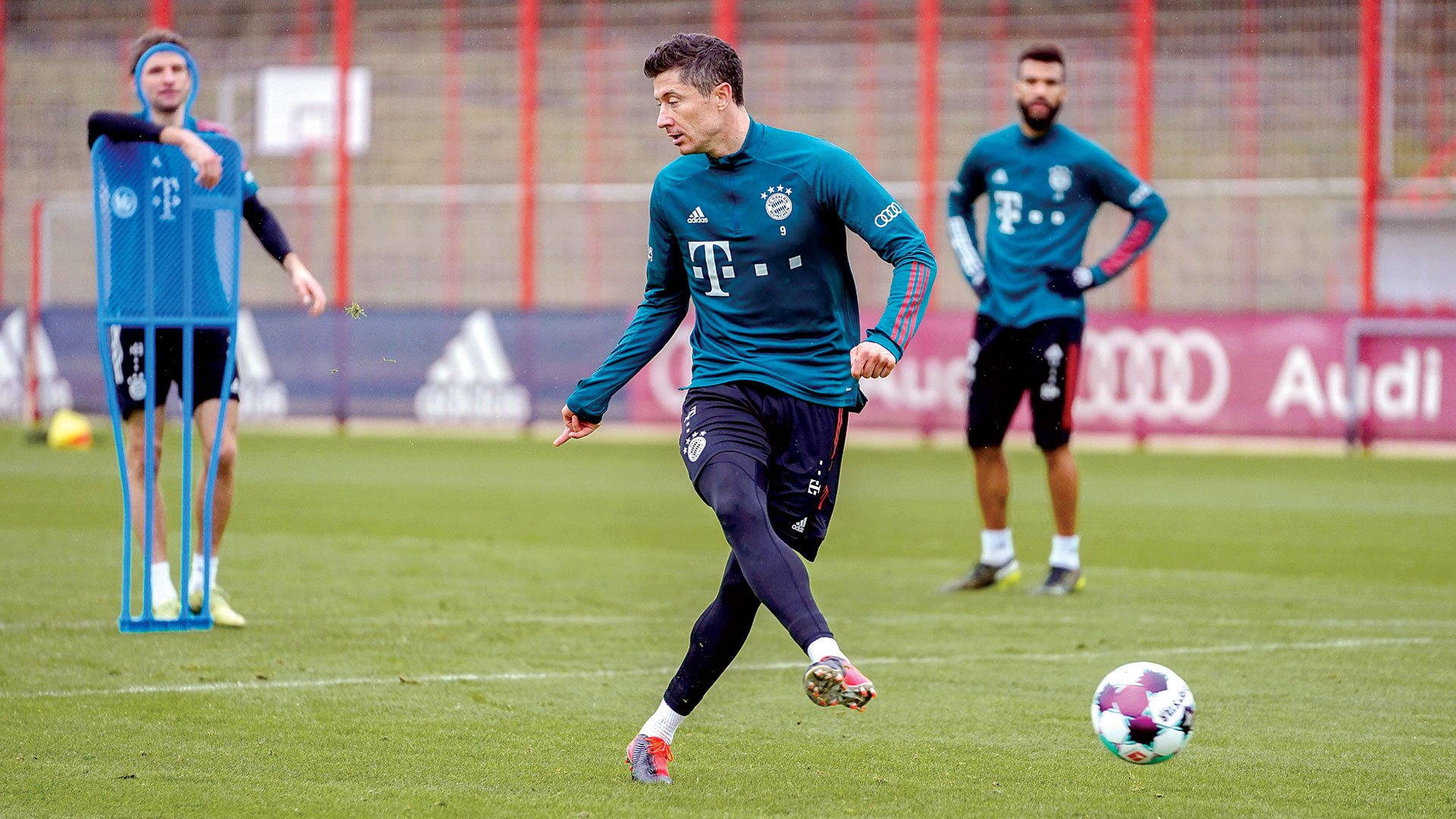 Munich, 5 February 2021 - Bayern Munich striker Thomas Mueller is hoping to spoil fellow World Cup winner Sami Khedira’s homecoming today when the Bundesliga leaders take on Hertha Berlin before departing for the Club World Cup in Qatar. “I am really happy that Sami is back. He’s a child of the Bundesliga,” Mueller told the Bayern website ahead of today’s clash. “I’m excited to see how his return to Germany pans out, even if I hope it starts badly on Friday.”
Former Germany midfielder Khedira, who won the World Cup alongside Mueller in 2014, could make his first Bundesliga appearance in over a decade on Friday after joining Hertha from Juventus in a headline-grabbing move earlier this week.
The 33-year-old is charged with helping hapless Hertha turn their season around, with the ambitious capital club currently stuck just a single place above the relegation play-off spot. For Bayern, the game is a chance to consolidate their seven-point lead at the top of the table before they travel to Doha for the Club World Cup next week.
Last season’s Champions League winners will play their semi-final on Monday against African Champions League winners Al Ahly. Mueller said yesterday that the Club World Cup was Bayern’s chance to “crown an incredible year” after winning only their second ever treble in 2020.
Second-placed RB Leipzig will look to keep the heat on Bayern with a win at bottom club Schalke, while Borussia Dortmund hope to break back into the top four on their trip to Freiburg.
Dortmund should return to full strength on Saturday after injury scares for veteran defender Mats Hummels and English winger Jadon Sancho. Hummels missed Tuesday’s narrow German Cup win over Paderborn with a knee problem, while Sancho limped off the field in extra-time. Yet Dortmund director Sebastian Kehl told Bild newspaper he hoped both players would return against Freiburg.
Elsewhere, Borussia Moenchengladbach prepare to take on local rivals Cologne amid growing speculation over the future of coach Marco Rose. Rose, 44, has been touted as a potential successor to interim coach Edin Terzic in the Dortmund dugout at the end of the season. “We want to have clarity (about Rose’s future) as soon as possible”, Gladbach sporting director Max Eberl said.
Klaas-Jan Huntelaar, the veteran Dutch striker, could make his first Bundesliga appearance since 2017 after making a surprise return to Schalke from Ajax in January. Huntelaar, 37, was prolific for Schalke between 2010 and 2017, and has now returned to help them launch an improbable bid to avoid relegation in the second half of the season. Bottom of the league and nine points adrift of safety, Schalke’s season hit a new low as they were knocked out of the cup by Wolfsburg on Wednesday, with Huntelaar making a 10-minute cameo as a substitute.