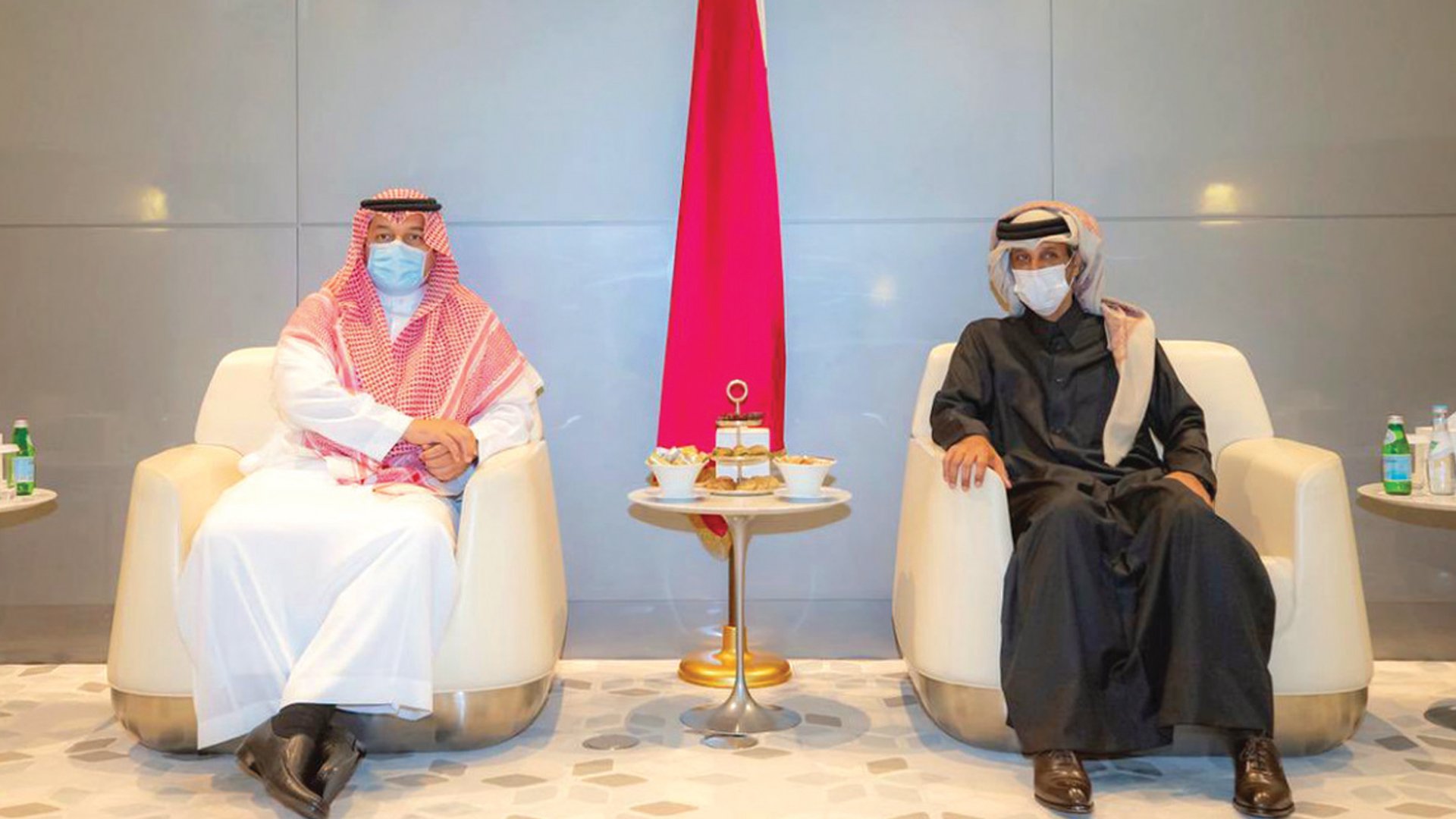 Doha, 9 February 2021 - The Chairman of the Board of Directors of the Saudi Football Association, Yasser al-Mashal, arrived in Doha yesterday where he was received by the President of the Qatar Football Association Sheikh Hamad bin Khalifa bin Ahmed Al-Thani.

The visit comes in response to the invitation of the President of the Qatari Federation.

Al-Meshal extended his sincere thanks and appreciation to Sheikh Hamad bin Khalifa bin Ahmed Al-Thani for the warm welcome and generous hospitality.

The Saudi delegation included the former president of the federation, Ahmed Eid, the union’s vice president, Khaled al-Thubaiti, and the union’s secretary general, Ibrahim al-Qasim. The delegation watched the match between Al Ahly and Bayern Munich in the FIFA Club World Cup last night and will also attend the final on Thursday.