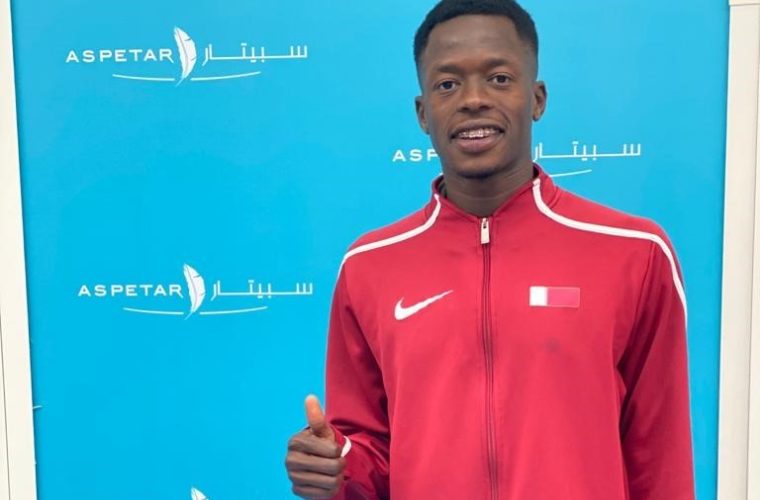 Doha, 15 February 2021 - Qatari athlete Musab Adam officially qualified for the Tokyo Olympics 2020, in the 1500-meter race, after achieving a time of 3.32.41 minutes during the qualifying race that was held in cooperation with the Qatar Athletics Federation, Aspire Academy.

The Summer Olympic Games will be held in Tokyo from July 30 to August 8 this year.

And participated in the qualifying race today from the distance team all of the runners: Musab Adam, Jamal Hayran, Ismail Noureddine, and Abdul Rahman Hassan, and Musab succeeded in finishing the race at the top to successfully achieve the required qualification number.

Musab Adam joined the list of "Al-Adaam" champions who had previously qualified for the Tokyo Olympics, namely Moataz Barshim in the high jump, Abdel Rahman Samba in the 400-meter hurdles race, Ashraf Al Saifi in the hammer toppling, and Abu Bakr Haidar in the 800-meter race.

Musab Adam is one of the distinguished runners, and he has already achieved many achievements, including two golds in the Asian Youth Championships for the 3,000-meter steeplechase, and the 5,000-meter race hosted by China in Taipei in 2014, and the bronze in the Asian Men's and Women's Championships in the 1500-meter sprint that Qatar hosted 2019, in addition to his participation in many cross-country races and achieving outstanding results.