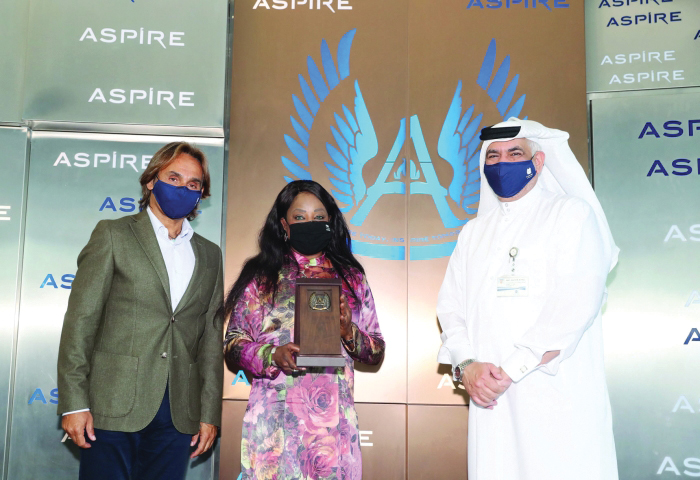 Doha, 15 February 2021 - FIFA Secretary-General Fatma Samoura has said that Qatar’s National football team will go far in the FIFA World Cup 2022 , considering the level of investment and professionalism of the people at the Aspire Academy.

The most powerful woman in world football who visited the world-famous Aspire Academy on Sunday and left singing praises at the end of her tour said, “This is indeed a very inspiring place, and I have been happily surprised by what I have seen. Aspire is a model of what a sports academy should be like. Given the level of investment made in this academy and the level of professionalism of the people in charge at this Academy, I have no doubt that the Qatar National team will go very far in the 2022 World Cup.”

To be in a very competitive mood ahead of the World Cup, Qatar will be joining European Qualifiers Group A – alongside the 2016 UEFA Euro winners Portugal, Serbia, the Republic of Ireland, Luxembourg and Azerbaijan.

Qatar will take on Luxembourg on March 24 before facing the Azerbaijani team on March 27. In addition to playing World Cup qualifying matches in Europe, Qatar will also take part in the Copa America in June and the CONCACAF Gold Cup in July.

Samoura has been in Qatar for the just ended 2020 FIFA Club World Cup and was welcomed to the Academy and taken on a tour by Aspire Academy Director of Education and Student Affairs, Badr Al Hay, Director of Football Performance and Science, Professor Valter Di Salvo and School Principal, Jassem Al Jaber.

During the tour, Director of Education and Student Affairs, Badr Al Hay explained the model of holistic education programme undertaken at Aspire and depicted by the institution‘s emblem of two wings, representing sport and academic pursuit.

Director of Football Performance and Science, Professor Valter Di Salvo went on to show Samoura the newest addition to the e Academy, the state-of-the-art Football Performance Centre and how cutting-edge technology is used as part of the training and development of student-athletes.

During the tour Secretary-General, Samoura briefly joined in a lesson that was underway and left the pleasantly surprised student-athletes with some words of encouragement.

Speaking at the end of her tour to Aspire Academy’s Media Relations Senior specialist, Kennedy Makambira, the Senegalese former diplomat and first female Secretary General of FIFA, said, “Aspire is a good example of what a country can do in sport development when stakeholders cooperate for the good of sport. I hope one day the country will lift the coveted trophy, the FIFA World Cup on the back of such excellent work done here at Aspire Academy.

“While this academy serves the Qataris, l am pleased to see that there is involvement of other nationalities too and this is cooperation which is good for football and bodes well for a country that is looking to hosting the best tournament in the world,” she added.