Over 100 riders for Amir Sword showjumping 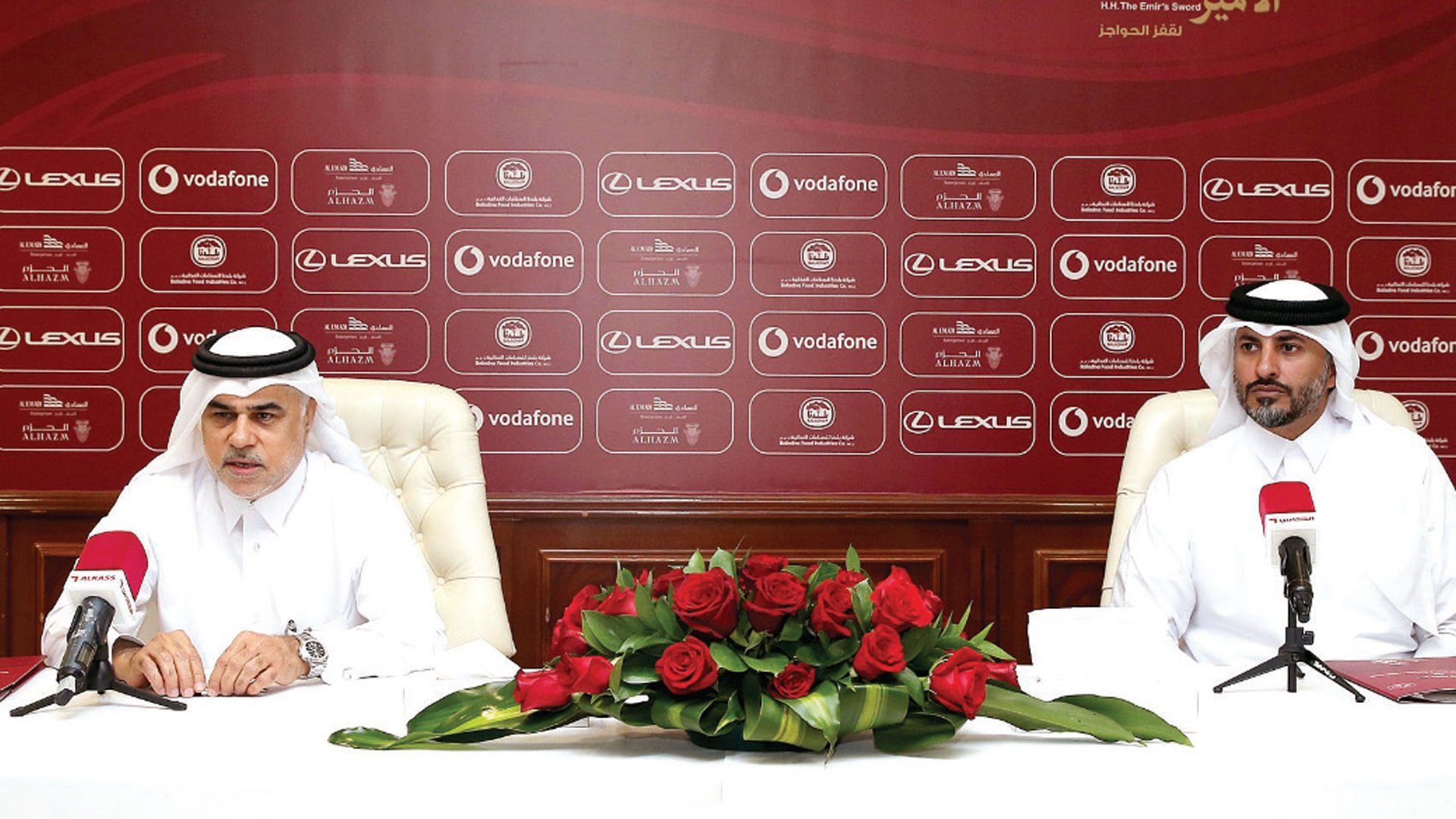 Doha, 16 February 2021 - Over 100 riders will be seen in action in His Highness The Amir Sword Equestrian Festival to be held at Qatar Equestrian Federation’s (QEF) outdoor arena over the weekend on Friday and Saturday.
The veterinary checks for the horses for the QR 00,000 prize-money Festival will be held on Thursday, the organisers announced.
The winner of the Amir Sword will also be awarded a brand new car, QEF secretary-general Ali Yousef al-Rumaihi said.
The top three riders in the Amir Sword competition will be honoured at the Qatar and Equestrian Racing Club (QREC), he added.
“More than 100 riders will feature in various competitions. The riders and equestrian followers are awaiting this annual event with great enthusiasm. Our preparations for all competitions are complete,” al-Rumaihi said. “We expect a stiff competition among the young riders as this is the Amir’s Sword Festival week.”
Al-Rumaihi said the event will be held in accordance with the rules and regulations of the International Federation for Equestrian Sports (FEI).
“The value of the prizes increases based on the ranking of a tournament. The Amir Sword Festival is a premier event on our calendar and therefore, the prizes on offer are also high,” al-Rumaihi said.
The Festival will be held amidst strict Covid-19 prevention procedures with only 10 percent of fan attendance being allowed at the venue.
Al-Rumaihi, on behalf of QEF President Hamad bin Abdul Rahman al-Attiyah, also thanked the sponsors Abdullah Abdulghani & Bros for backing “one of the most important equestrian events in the season”.
Al-Rumaihi signed the sponsorship contract with Ahmed Abu Saad, the principal director of Lexus sales at Abdullah Abdulghani & Bros.
“We thank Abdullah Abdulghani & Bros for their generous sponsorship of the main event on our riding calendar — the Amir’s Sword Festival. We look forward to co-operation in the future also,” al-Rumaihi said.
“Without their support, it would not have been possible to raise the standard of the championship to where it is today,” he added.
Al-Rumaihi also thanked Mohamed al-Emadi, CEO of Al Emadi Enterprises.
“Al Emadi Enterprises has been supporting the Amir Sword Festival. We would like to thank Mr Mohamed al-Emadi for his support. They have been associated with us in the past also and we value their sponsorship,” he said.
Al-Emadi said: “We are proud to be part of this mega event at QEF. We feel it is our duty to support such sports events in Qatar. We at Al Emadi and Al Hazm are feeling happy to be associated with this key event on the show jumping calendar. We hope the riders excel on the field of play and that we get to see some memorable performances later this week.
“We are one of the few companies that are linked with all major sports events held in Qatar.”
Abdullah bin Ali al-Misnad, Director of Business Development Department at Vodafone Qatar (the main sponsors), said: “Backing major sporting events like the Amir Sword Festival is of great interest to everyone. We, at Vodafone Qatar, have always been interested in supporting sports events held in the country, both in terms of partnership and sponsorship.
“We have also supported activities on the Qatar National Sport Day. We are very happy with the partnership that we established with the Qatar Equestrian Federation.
“Our role is to support the State of Qatar in its pioneering march in organising and hosting local and international sporting events.
“We look forward to starting this partnership as the official sponsor of the Amir Sword Festival this week and we wish all success to the organisers and participants in this tournament.”