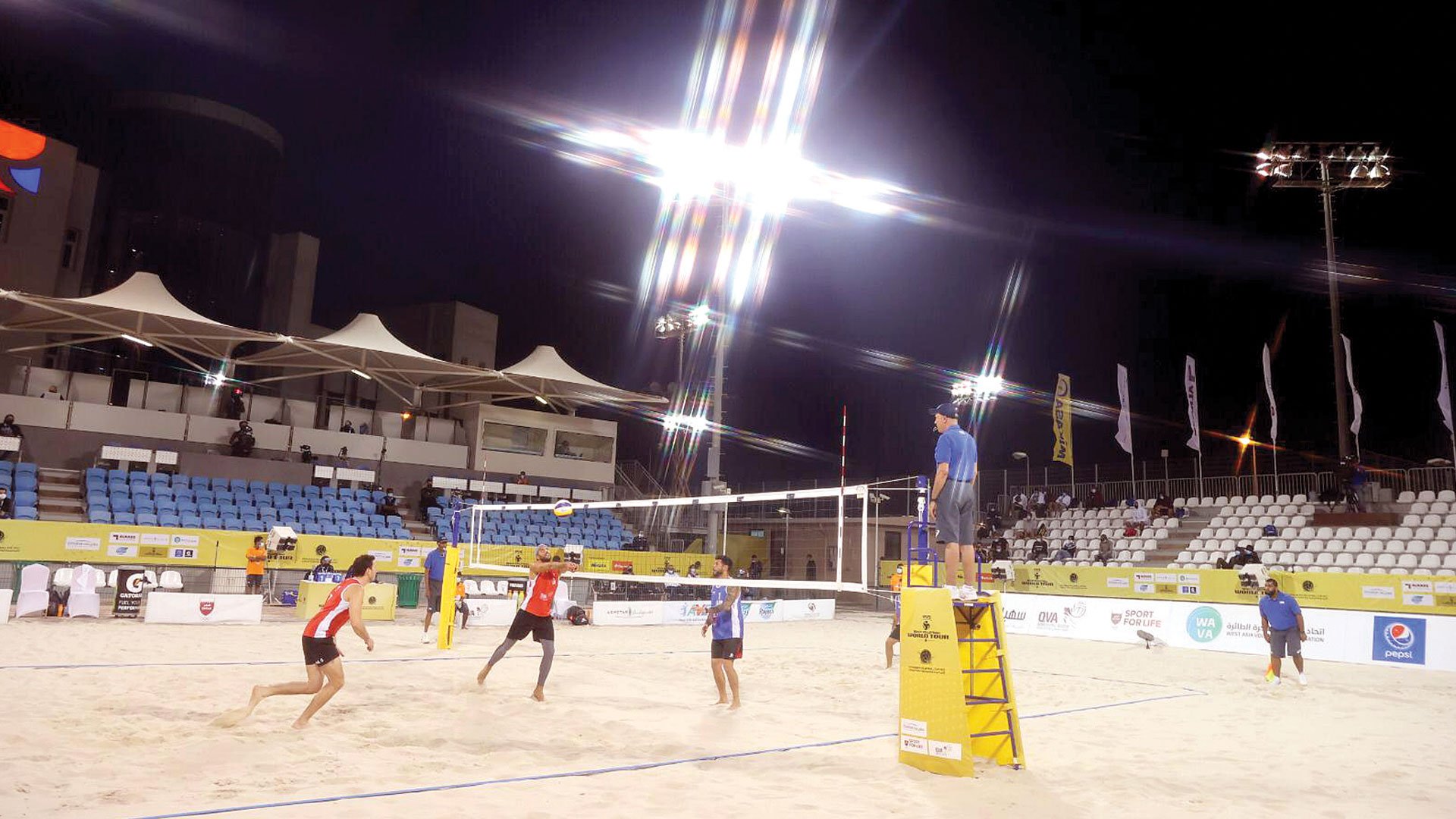 Doha, 24 February 2021 - The main stage matches (the Round of 16) started today at the Al-Gharafa Club stadiums in the Doha Beach Volleyball Cup 2021.

18 teams representing 12 countries participate in the tournament, Qatar, Egypt, Morocco, Tunisia, Lebanon, Canada, America, Poland, Turkey, Switzerland, Russia and Gambia. The tournament prizes are $ 5,000, the champion gets $ 1,000, the runner-up gets $ 700, and the third gets $ 500.

The main rounds (round of 16) competitions begin today, after 4 teams qualified from the qualifying round yesterday, in addition to the 12 teams that will play this role today in a knockout system.

The Qatar team “5 ” consisting of the duo Abdullah Sameer and Mubarak Daham Al-Kuwari, yesterday, also played the qualifying round in front of the Egyptian team in its first participation in a world tounament.

The organizing committee of the tournament headed by Mr. Ali bin Ghanem Al-Kuwari, QVA -President, and Mohammed Salem Al-Kuwari, a member of the Board of Directors, and Vice-President of the Beach Volleyball Committee, were keen on the necessity to apply the precautionary measures adopted by either the Ministry of Public Health and “FIVB” in accordance with the approved medical protocol, of commitment By wearing masks, sterilizing the stadium and balls before training and matches, in addition to highlighting the “precaution” application before entering the stadium, and maintaining social distancing.

The teams participating in the tournament are constantly swabbing the Coronavirus (Covid-19) since entering the “health bubble” in the residence hotel, Ezdan Hotel, West Bay.