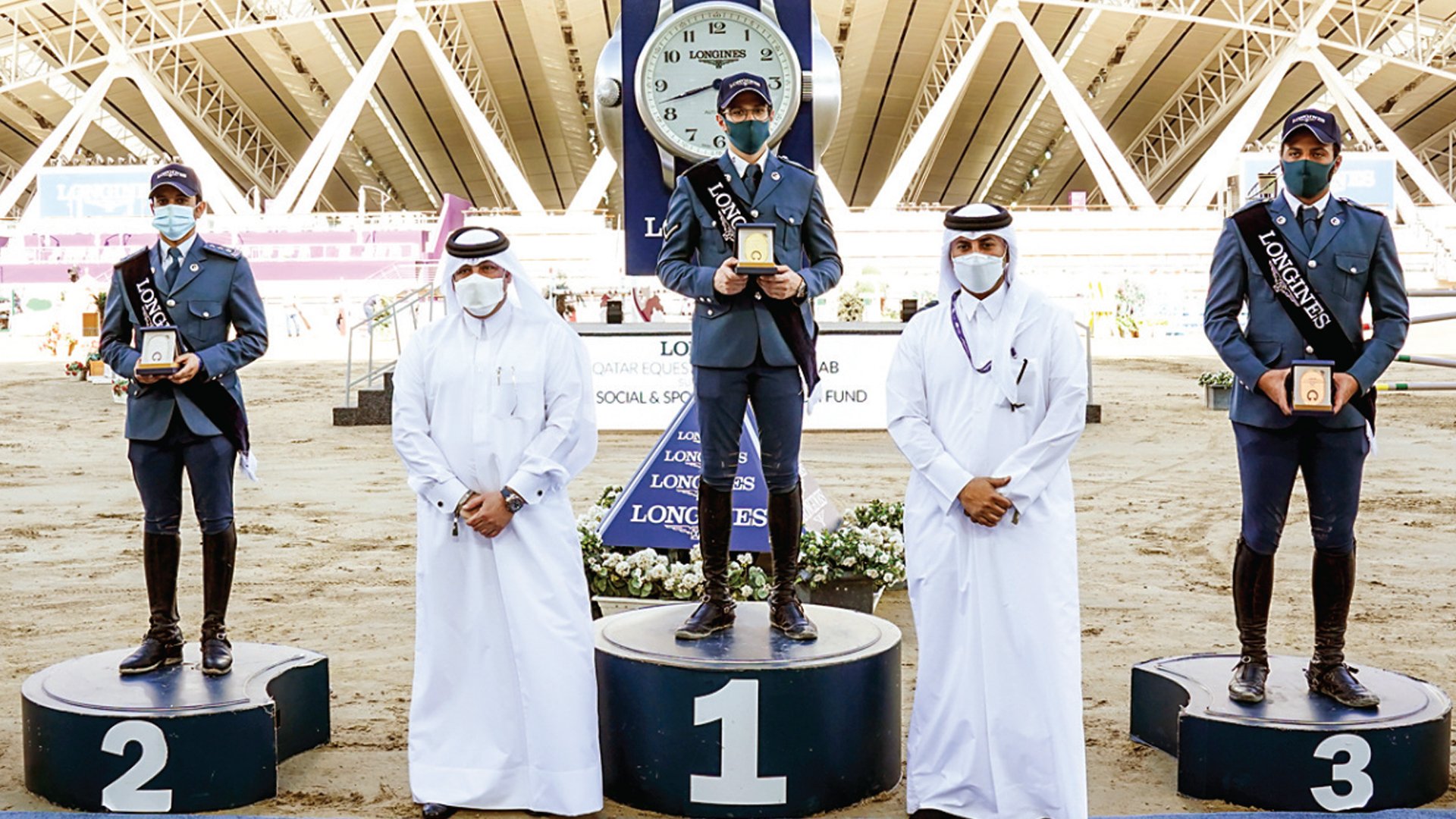 Al Qadi, this time astride Gibria-B, produced narrow lines to win the top prize of QR 11,250. Ten-year-old Gibria-B produced a calm but flawless ride in a time of 33.96 seconds in the jump-off. Al Qadi had 4 faults in the first run that ended with a time of 71.70 seconds. But the young Qatari - who won the prestigious Amir Sword last week at QEF’s Outdoor Arena - yesterday made up for the faults with a flawless routine in the jump-off.

“It was a hard class from the beginning. When I entered the last phase, my idea was to do a clear, safe round with reasonable speed. Thankfully, my plan worked, and I’m delighted with my performance,” Al Qadi said yesterday.

Faleh Suwead Al Ajami, who won the Amir Sword in 2019, yesterday grabbed the second spot with Ulano who finished with a time of 37.10 seconds. Al Ajami won QR9,000.

Qatari rider Salmen Sultan A M Al Suwaidi, who was with Guilder’S Empire of the Sun, secured the second spot (59.06 seconds, QR5,000) while Ali Mohammed Al Marri, astride Apollon du Banney (59.86 seconds, QR3,750) finished third in run against the clock.

Producing a near-perfect routine, the 35-year-old German posted a score of 84.780 % to collect her second big paycheck of the three-day event. Jessica won €26,000. On Friday the German was named winner by three of the five judges to win the dressage Grand Prix.