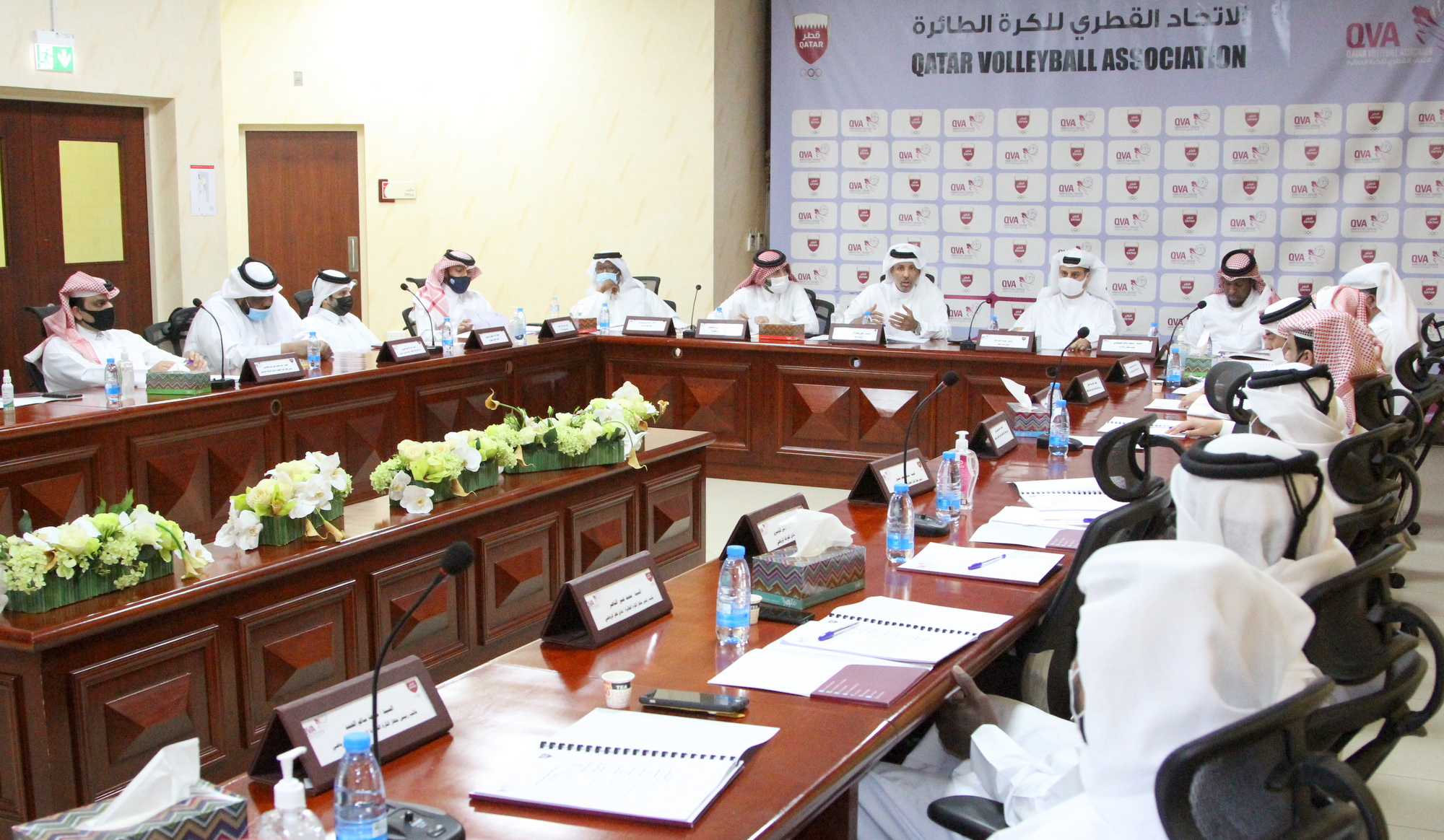 Doha, 2 March 2021 - The Qatar Volleyball Association held the ordinary general assembly at the headquarters of the QVA, in the presence of all members of the general assembly from among club`s representatives, and the meeting discussed the important axes related to the future of volleyball in Qatar.
The meeting was chaired by Mr. Ali bin Ghanim Al-Kuwari, QVA Presndent, and he welcomed all attendees and praised in his speech during the meeting the technical levels of sports clubs during the current sports season, and praised the supervising performance of the Qatar teams that recently participated in the Doha Beach Volleyball Cup 2021, which witnessed a great success, was praised by all the participants, as it took place as part of strict precautionary measures in the beach ball courts in Al-Gharafa, in which the Qatar first team, which includes the duo Cherif Yunies and Ahmed Tejan, won first place.
He praised the performance of all clubs and their commitment to the instructions to limit the spread of Corona virus (Covid-19), and everyone’s keenness to follow the precautionary and preventive instructions issued by the Ministry of Public Health and the Qatar Olympic Committee, in order to ensure the safety of everyone.
The meeting was attended by a number of heads of bodies in the clubs, officials of the federation, representatives of the Department of Sports Affairs and a representative of the legal affairs of the Qatar Olympic Committee.
The agenda of the General Assembly included approval of the minutes of the previous meeting, approval of reports of past activities and future projects, and approval of the final account of the last fiscal year.
The Presdent of the Qatar Volleyball Association thanked all the clubs for their good cooperation with the federation, noting the concerted efforts in serving the game, and praised the clubs ’preparations and interest in developing teams in clubs despite the current circumstances of the Corona virus Covid-19 pandemic, which affected the sports season for Sunni groups.