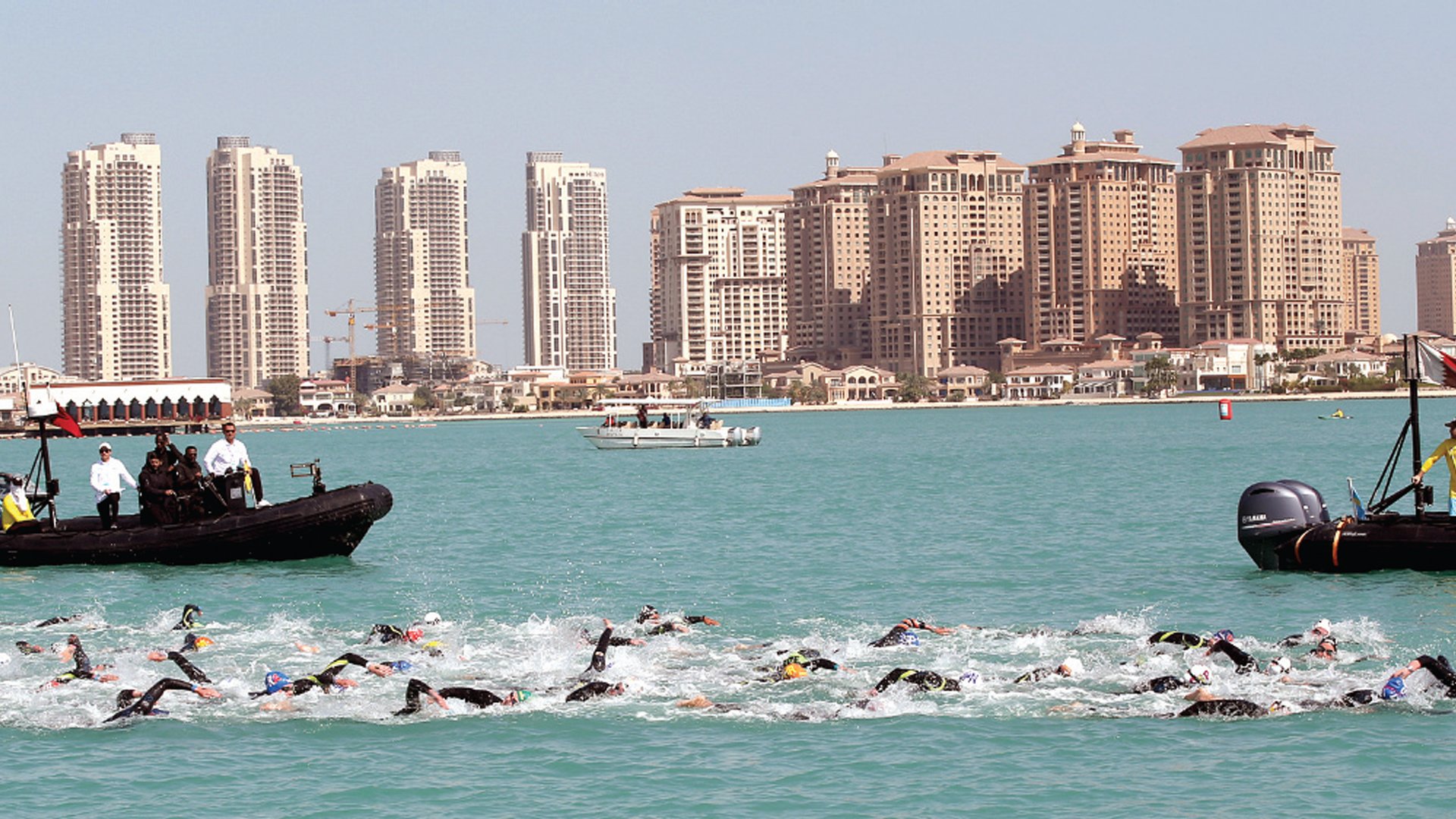 Doha, 2 March 2021 - The Qatar Swimming Association (QSA) will host long-distance swimmers competing over 10km course in the FINA/CNSG Marathon Swim World Series 2021 Doha at the stunning Katara Beach on March 13.
A total of 99 swimmers – 66 male and 33 female athletes – along with 65 team officials from 27 countries will participate in the season-opening meet.
France will be sending the biggest contingent to the Qatari capital, including 20 swimmers and 11 officials. Italy will have 13 athletes in both the races along with five officials.
QSA under the guidance of Ministry of Public Health will organise the event by following strict COVID-19 protocols to ensure health and safety of athletes, officials and all other stakeholders. The athletes will remain in bio-secure zones throughout the event.
The FINA Marathon Swim World Series races, which Doha hosted for the first time in 2018, is adding valuable experience and expertise as QSA prepares to organize the Doha 2023 FINA World Championships.
Khaleel Al Jabir, President of QSA, said: “We are making best preparations for the competing athletes and officials like we have done over the years despite facing unprecedented challenges due to the ongoing pandemic. This event will be another step for the QSA towards staging successful FINA World Championships in 2023.”
“Federations from all over the world have reaffirmed their confidence in QSA’s organization of major competitions by confirming their big contingents for the first meet of FINA/CNSG Marathon Swim World Series 2021,” he said.
“The event will be staged with strict measures in place to combat the spread of COVID-19. We will provide a safe environment for all those involved in the competition. The water temperatures and conditions are expected to be perfect for athletes and we are looking forward to exciting races,” Al Jabir added.
QSA Secretary-General Talal Mohammed Al Darwish, said, “We are honoured to start the FINA/CNSG Marathon Swim World Series again. We are confident of organising it successfully in these difficult times.
“QSA’s arrangements for hosting the event are on track. Doha will produce another exciting action of open water swimming in the presence of champion long-distance swimmers,” he added
The field confirmed for the first meet includes many top ranked athletes for both the races.
Olympic bronze medalist Marc-Antoine Olivier (FRA), who won in Doha last year, will defend his men’s title against a strong line-up also including Kristof Rasovszky (HUN) – gold medalist at 2019 World Aquatics Championships (5km).
Gregorio Paltrinieri (ITA), Olympic and World long course and short course champion, and Fares Zitouni (FRA) will be the other main contenders in the men’s race.
The women’s field is even more star-studded with open water marathon maestro Ana Marcela Cunha (BRA), returning to Doha, where she emerged victorious in 2019.
Last year, Cunha finished second behind Leonie Beck (GER), who clinched her maiden title in the series. Beck will also return to Doha – one of her favourite stops – as she also took second position here in 2018.
Other leading athletes confirmed for women’s race include Rio Olympics silver medalist Rachele Bruni (ITA), Arianna Bridi (ITA) – 25km winner at the 2018 European Aquatics Championships – and Lara Grangeon de Villele (FRA).