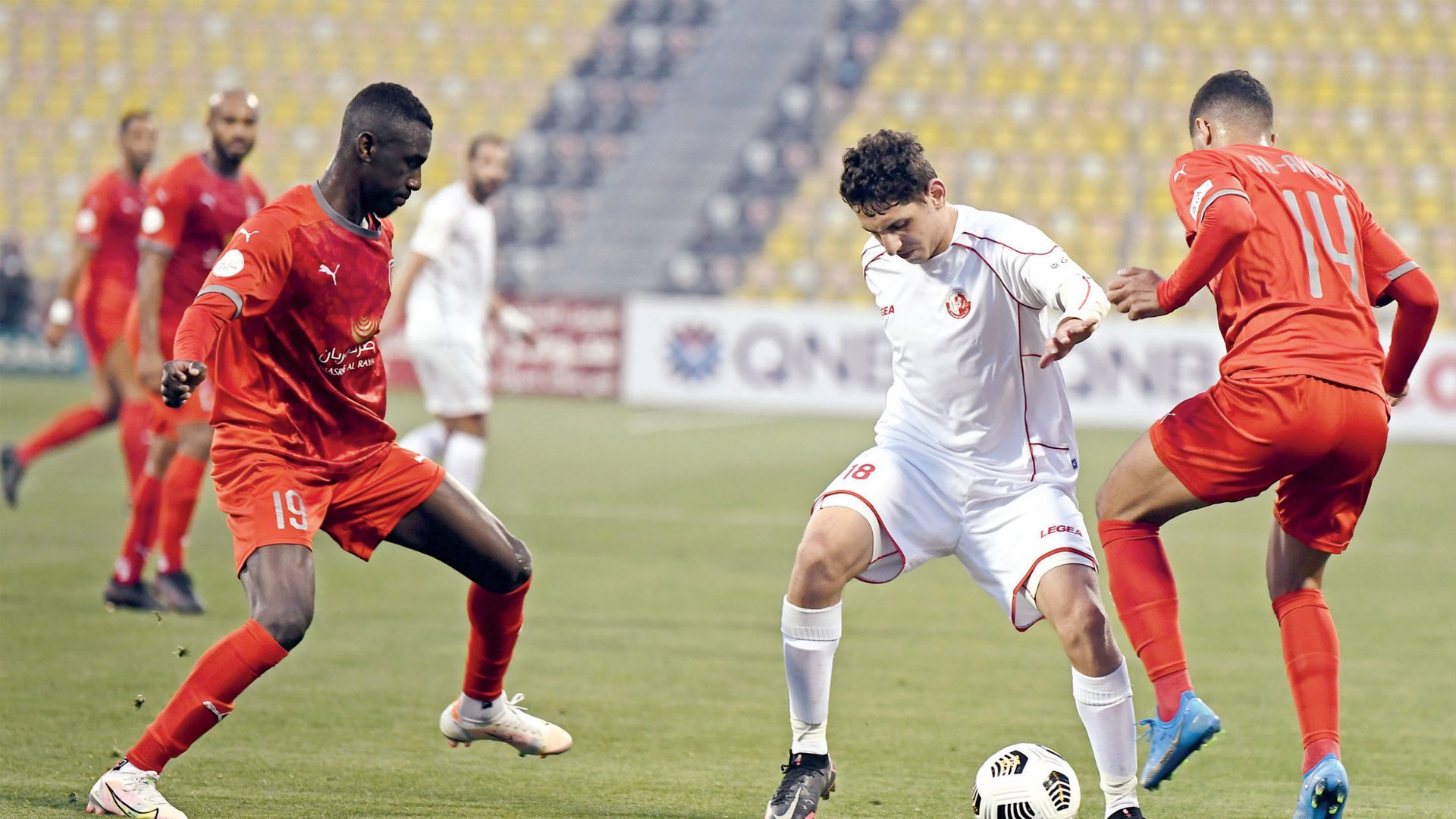 Doha, 3 March 2021 - Al Duhail booked their spot in the semi-finals of the Amir Cup with a 2-0 victory over Al Shamal in their quarter-final match at the Suhaim Bin Hamad Stadium.

Despite being packed with an array of formidable names Al Duhail failed to assert their supremacy over their rivals, more so in the first half where the Al

Shamal defence gallantly stuck to their task. Eventually it took an Olunga strike in first half stoppage time to put Al Duhail ahead before al-Ahraq put the result beyond doubt in the closing stages of the game.

Al Duhail player Bassem al-Rawi said it was important to secure victory, no matter how small the margin. “Winning is the most important thing in cup tournaments because a defeat means you are out of the tournament,” said al-Rawi.

“Now that we are in the last four our aim is to prepare for the next match and then grab a spot in the final. Al Duhail are a big club but that doesn’t mean we can take matters lightly. We must strive to get the better of our rivals,” he added.

Ali Afif was also relieved after the win, although he admitted the scoreline could have been better. “Congratulations to the team for the victory and hard luck to Al Shamal. Not everyone is satisfied with the way we won but we will review our mistakes and address them,” he added.

In another quarter-final match on Tuesday, Al Rayyan edged out Al Kharaitiyat 2-0, thanks to a brace by Ivorian Yohann Boli, who struck once in each half

Minnows Al Kharaitiyat gave a good account of themselves to keep Al Rayyan on edge but luck deserted them as the Lions progressed to the last four stage.