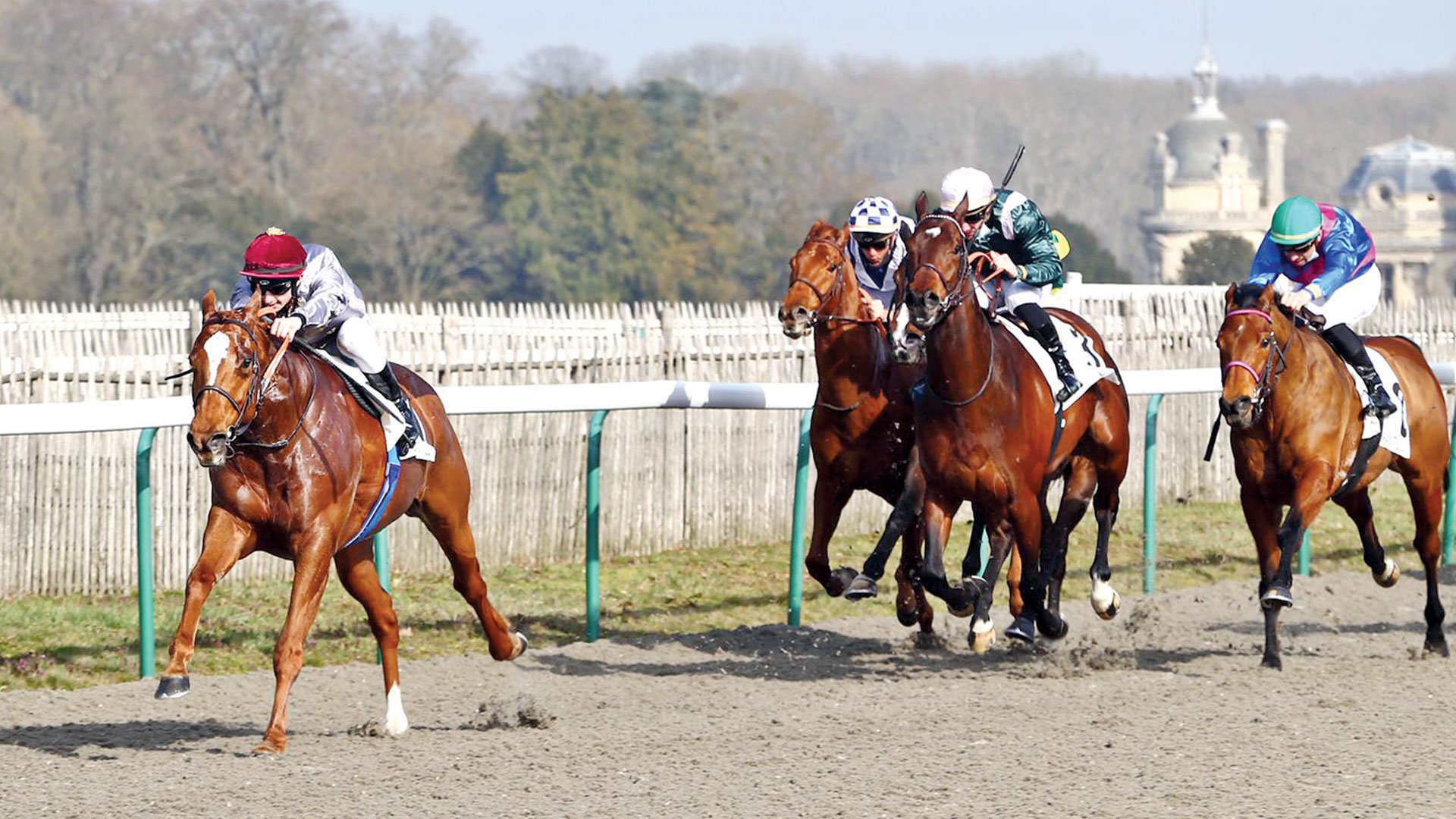 Paris, 4 March 2021 - In the colours of Al Shaqab Racing, Duhail was making his seasonal bow in the Prix Anabaa, a Class 1 race at Chantilly on Tuesday. Trained in Chantilly by French maestro André Fabre, Duhail made short work of his opposition, winning the 1,300m contest with ease. This race is a fast-track qualifier to the Betway Sprint All Weather Championship at Lingfield in the UK on April 2. Now five years old, this was a sixth career win in 12 starts for the gelding who has been an extremely consistent performer throughout, and who has been Stakes placed and competitive a Group level.
Ridden by Vincent Cheminaud, he was smartly away before settling behind the leaders with cover. There was plenty of rhythm under pacesetter Botch, and once in the straight Cheminaud waited patiently before following Golden Boy in his acceleration, always travelling strongly. With 200m left to run, Cheminaud asked Duhail to make his move and, with a swift turn of foot, he pulled clear of the field to pass the post by a four-length margin. Golden Boy came in second, with the third placed horse, Coco City ¾ length further back. Five of the eight runners in the race were Stakes performers.
Rupert Pritchard-Gordon, racing manager for Al Shaqab Racing in France, said, “We saw him a fortnight ago at Mr. Fabre’s yard, and he was in good condition. He has wintered well and is now reaching his maturity. He loves the 1,400-metre track at Longchamp, and will be aimed at Group races such as the Palais Royal this year. If he is well in the summer, he could well go to a track such as Goodwood.”