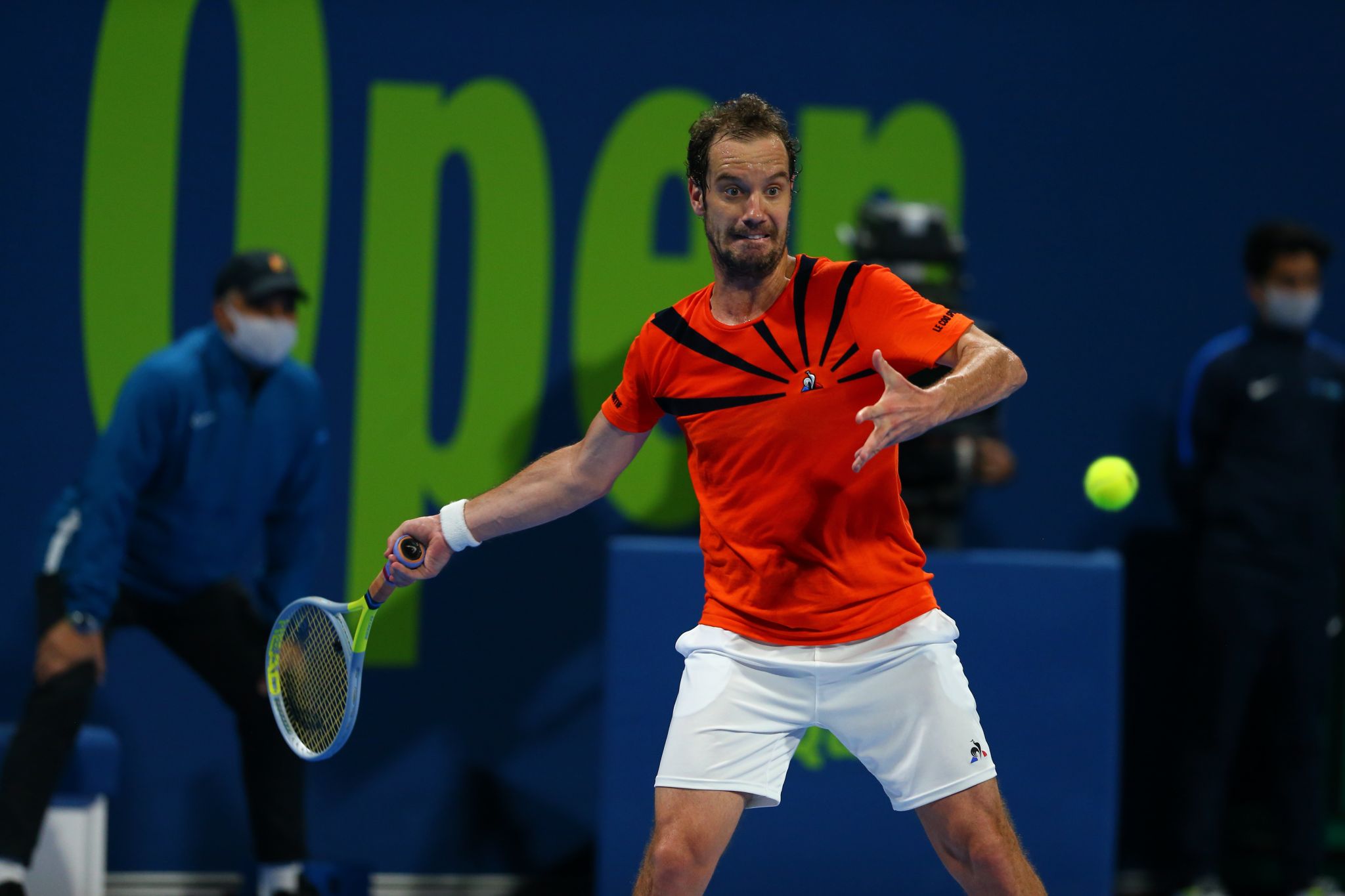 Doha, 9 March 2021 - The iconic Khalifa Tennis and Squash Complex kicked off yet another week of exciting tennis when players took to the Centre Court for Round 1 of the Qatar ExxonMobil Open. Former champions Richard Gasquet of France and Roberto Bautista Agut of Spain on Monday started their Qatar ExxonMobil Open campaigns with wins and reached the Round of 16.
Gasquet, winner in Doha in 2013, on Monday beat Blaz Rola of Slovenia in straight sets for his opening win. Ranked 50, Gasquet won 6-4, 6-4 in 1 hour and 16 minutes. It was the first meeting between the two players but Gasquet’s exhibited a solid game to emerge winner. Gasquet is the only French player with more than 500 career wins. Gasquest will now meet defending champion Andrey Rublev of Russia in the next round.
Also on Monday, wild card entry Alexander Bublik of Kazakhstan beat Indian qualifier Ramkumar Ramanathan in straight sets to reach the Round of 16 at the six-day tournament. Playing controlled tennis from the baseline, Bublik – ranked 44 – won 6-4, 6-2 in 1 hour and 13 minutes. Bublik, 23, fired 7 aces in his impressive win. It was the first meeting between the two players. Bublik lost in the second round in Doha last year. Bublik beat Alexander Zverev in Rotterdam last week.
In Round of 16, Bublik will meet fifth seed and world number 13 Spain’s Roberto Bautista Agut who survived a mid-match crisis to beat Reilly Opelka of the United States in three sets. Bautista, the 2019 Doha champion, won 6-4, 3-6, 6-4 on Centre Court despite Opelka’s 22 aces. It was the Spaniard’s second win over the American in in three career meetings.
The day started with two wild card entries – Qatar’s Mubarak Shannan Zayid and Russia’s Aslan Karatsev. After an engaging battle in the first set, Karatsev won 6-4, 6-0 in 1 hour and 5 minutes. Karatsev will now meet top seed Dominic Thiem of Austria in the Round of 16.