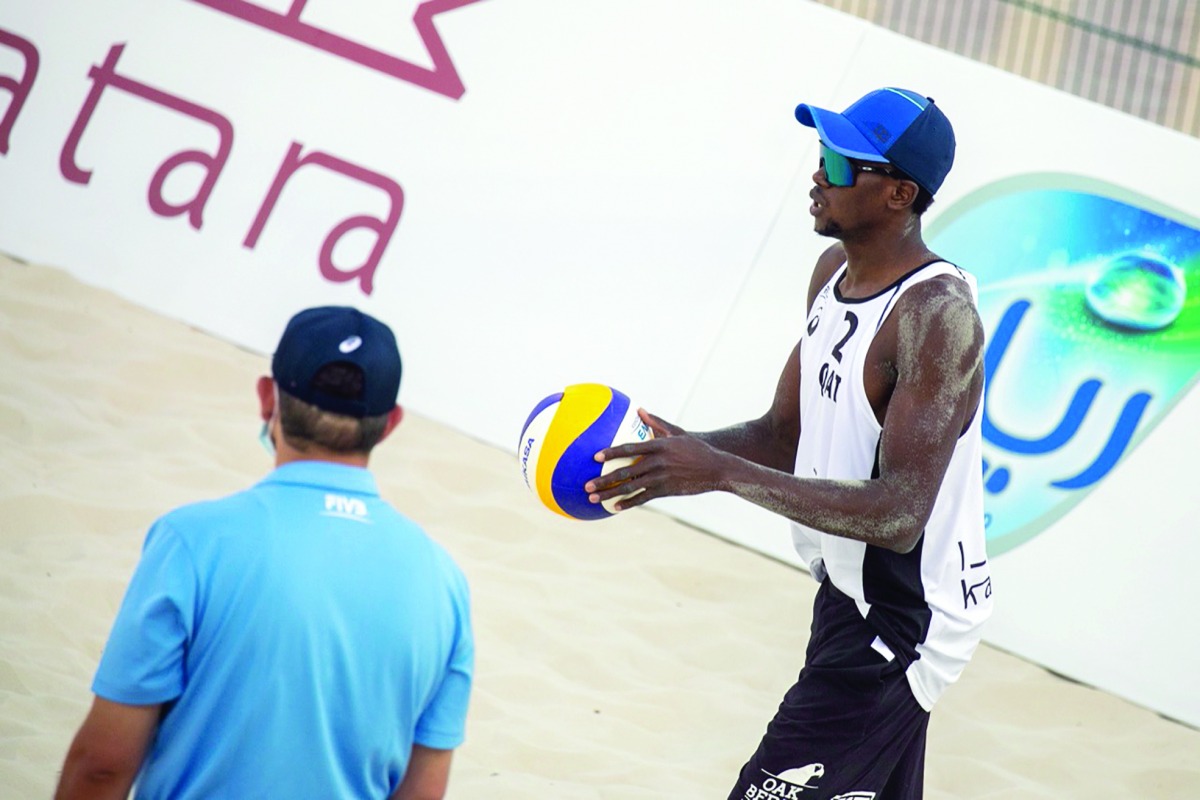 Home favourites Cherif Younousse and Ahmed Tijan had to work hard for their place on top of Pool H. The eighth-seeded Qatari stars started their day with a 2-0 (22-20, 21-15) win over Austria’s Robin Seidl and Philipp Waller and followed up with a 2-1 (21-19, 18-21, 15-11) victory over Mexico’s Jose Luis Rubio Camargo and Josue Gaston Gaxiola Leyva.

26-year-old Czechs Ondrej Perusic and David Schweiner stormed through their Pool C matches without losing a single set and deservedly booked their spot among the last 16 of the competition. First, they hammered out a 2-0 (21-18, 21-16) shutout of Canada’s Ben Saxton and Grant O'Gorman, but then had to face the team of reigning Olympic champion Alison Cerutti and his current teammate Alvaro Morais Filho, seeded third in the main draw bracket. The Czechs persevered through an extended first set to take the lead, and in the second their impenetrable blocking overwhelmed the Brazilians as Perusic and Schweiner celebrated a 2-0 (23-21, 21-15) victory.

“It always feels great to win against Brazil, especially when both players are this good, and especially when we were down the whole first set and we came back. We were really strong, I would say, but also a bit lucky. All teams in the main draw can beat each other. It will be very tough. We will have to fight really hard for each point. Let’s see what the draw will bring us,” said Schweiner.

“During the long break we focused a lot on practicing, of course. Then we fixed some minor injuries. But we were not sure how we would perform, because our last tournament was in November 2019, so we are very excited that we started with two wins,” Perusic added.

Both pre-favourites in Pool E were shocked by lower-seeded opponents in the first matches of the day. 28th-seeded Dutch qualifiers Jasper Bouter and Ruben Penninga managed a 2-1 (21-18, 19-21, 15-10) upset of fifth-seeded Latvians Martins Plavins and Edgars Tocs, while number 21 in the bracket, Austria’s Martin Ermacora and Moritz Pristauz mastered a 2-0 (21-19, 21-18) shutout of Spanish veterans Pablo Herrera and Adrian Gavira. In the winners’ match , Bouter and Penninga lost the first set to Ermacora and Pristauz, but then won the next two for a 2-1 (19-21, 21-17, 15-12) victory.

Brazil’s Evandro and Guto mounted a dramatic comeback against Poland’s Piotr Kantor and Bartosz Losiak to claim a 2-1 (19-21, 21-18, 16-14) victory in Pool A. In the pool final, the Brazilians stunned top-seeded world champions Oleg Stoyanovskiy and Viacheslav Krasilnikov of Russia with a 2-0 (21-13, 22-20) shutout.

In the most interesting match of Pool G, however, the nail-biting tie-breaker went deep into overtime, before French qualifiers Quincy Aye and Arnaud Gauthier-Rat were able to snatch a 2-1 (21-17, 22-24, 25-23) win over American legends Nick Lucena and Phil Dalhausser.