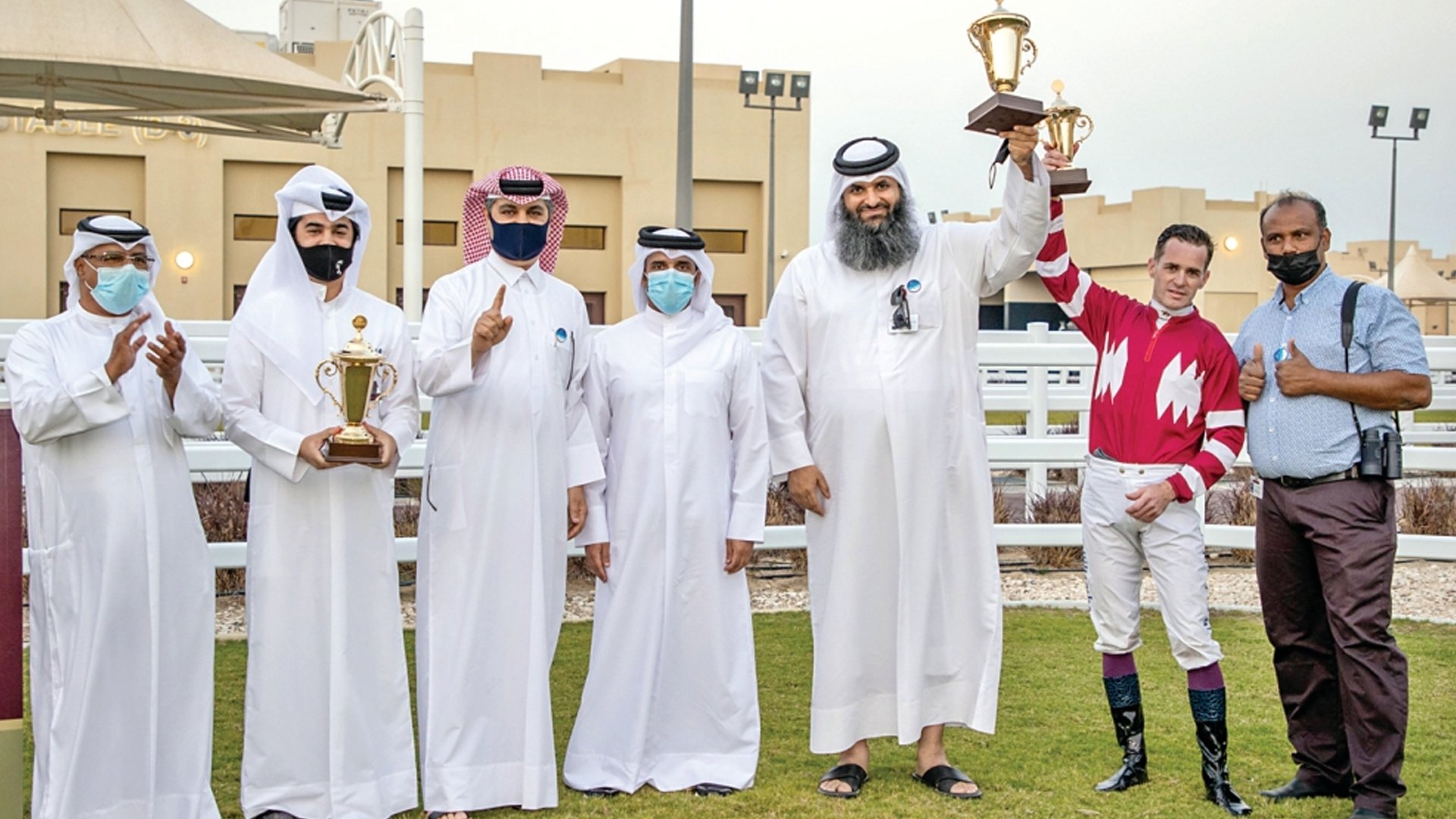 In the dirt feature over 2,000m, JP Guillambert tracked leaders early on before finding traffic on the home straight, and instead choosing to go down the rails and edging out Umm Qarn’s Sealine, ridden by Soufiane Saadi for trainer Alban Elie De Mieulle, by a neck at the post.

Earlier, Mohammed bin Ahmed bin Mohammed Al Attiya’s Ateej completed a hattrick following up his turf sprint victory over the Amir Sword Festival weekend with another one yesterday. In the Purebred Arabian Conditions event, the Gassim Ghazali schooled 8yo had Anas Al Seyabi for company, and the two did enough on the home straight to beat Faleh Bughanaim ridden Daloob by a length and three quarters.