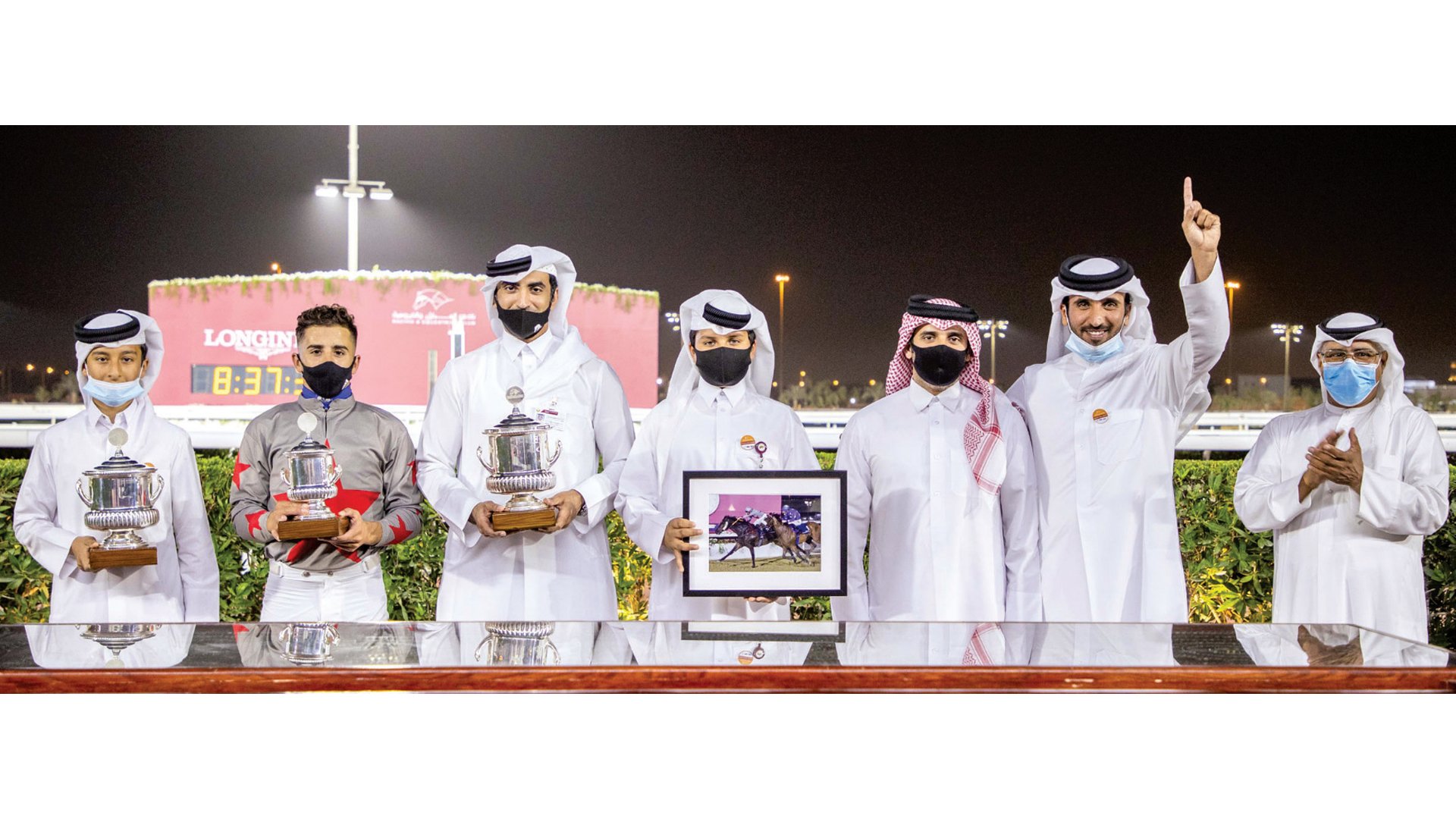 Zarandi had finished outside the top five behind winner Al Shaman when the two had last lined up for the same start two weeks ago at Al Uqda Equestrian Complex near Al Khor. Wednesday, the two, however, were involved in a close battle for supremacy, one which Soufiane Saadi-ridden Zarandi won by a neck as Tomas Lukasek helmed Julian Smart-saddled Al Shaman to runner-up spot.

In the penultimate race of the day, it was Ahmed Hassan al-Malki al-Jehani’s Shaweesh who entered the winner’s enclosure with an Arabian handicap victory under Saleh Salem al-Marri.

Qatari jockeys had a great day in office having won five out of the 10 races on the card on Wednesday, including doubles for al-Marri and Abdulaziz Jaber Dharman.

Win astride Shaweesh was al-Marri’s 19th winner this term. In the 1,900m victory, Shaweesh won with two lengths to spare winning in front of Bsheer, also ridden by a Qatari rider — Faleh Bughanaim.

Dharman was astride winners in the two legs of the Class 5 Thoroughbred Handicap for horses rated 80 and below, which were reserved for Qatari riders.

In the first leg, he guided Jassim Ghazali-trained Gold Fleece in the colours of Nasser Saeed al-Eida to an easy win, topping the 1,900m affair by almost six lengths, with Salman Fahad al-Hajri riding Arrow to second place.

In the second leg, Dharman entered the winner’s enclosure astride another Ghazali ward, Al Modajal, but this time in the colours of Jassem Mohamed al-Badi.

Owner-trainer Osama Omer al-Dafea celebrated two Thoroughbred Handicap winners on Wednesday including Izzer and Rock Bottom. While Izzer was helmed by Anas al-Seyabi in the 1,100m sprint for horses rated 75 and below, Sanna was astride Rock Bottom in the second leg of the same race half an hour later.

In a scintillating victory later in the day, Sheikh Khalid bin Jassim bin Thani al-Thani’s Massam dominated the Thoroughbred Handicap race for horses rated 90 and below, with the Ibrahim al-Malki-trained gelding landing the 1,900m affair by seven-and-a-half lengths.