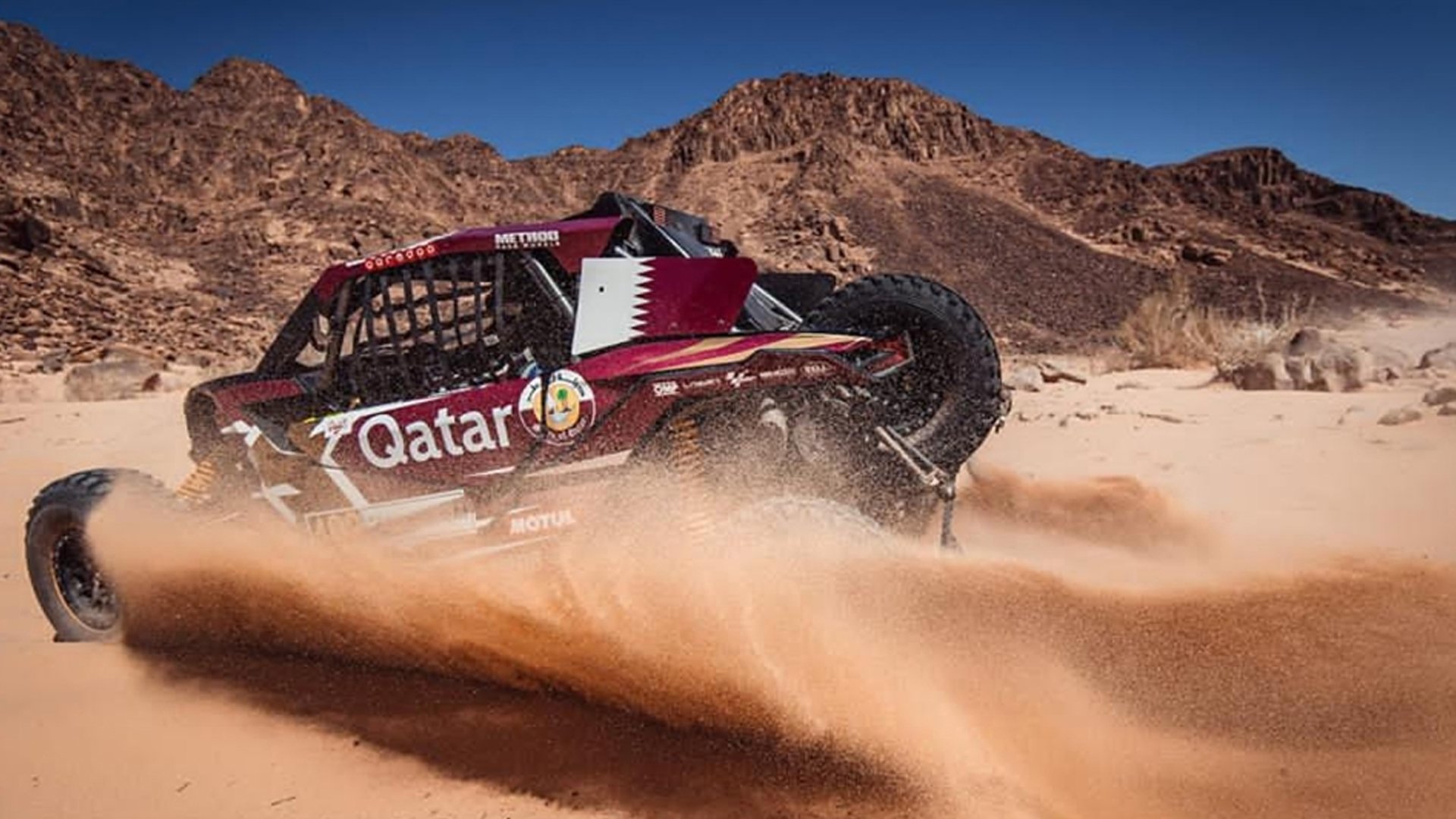 Amman, 21 March 2021 - Saudi Arabia’s Yasir Seaidan took full advantage of his starting position for the final stage to snatch victory away from Dutch rival Erik van Loon at the Jordan Baja.
A second outright win in the space of three weeks for the Mini John Cooper Works Rally driver also means that he extends his early season advantage in the Drivers’ Championship of the 2021 FIA World Cup for Cross-Country Bajas, before the series heads into a three-month break before five European rounds between July and October.
Teams tackled a 235.82km stage through Wadi Rum and the surrounding deserts on the final morning and Van Loon set out to defend a 26-second lead, despite running first on the road and having the added burden of opening the track in terms of navigation. Rival Seaidan took full advantage and managed to close in on the Dutchman as the stage progressed and overhauled the Toyota Hilux driver to secure the win by 5min 24sec.
“It was not easy but our performance became better than yesterday,” said the Saudi, who was partnered by Alexey Kuzmich. “We tried to be more safe today. Unfortunately, after 50km, we get a slow puncture and decided to continue to see what happened.
“We are glad that we finished without changing the tyre. We overtook Van Loon after 54km and we continued in front of him. Then we made a mistake and he overtook us and then we came back again to him and we continued in front of him to the finish. I am leading the championship with two wins. I hope I keep it like this until we finish the season.”
“It was a tough day,” said Van Loon. “At the beginning it looked nice. We had to open and you cannot do the same speed as when you follow a car. No punctures and we drive safe to the finish but the last part of the stage was not nice, only stones and twisty and second gear. When we came here, I was delighted to come on to the podium and we are happy with second.”
Kuwait’s Meshari al-Thefiri continued his title bid with second in T4 and fifth overall, Dubai-based Briton Thomas Bell came home in sixth and French veteran Claude Fournier maintained a reduced championship lead after finishing fourth in T4 and seventh overall.
The fastest T4 time on the final day fell to Khalifa Saleh al-Attiyah, but fuel issues had ruined the Qatari’s chance of challenging for the win on Friday. He finished fifth in T4.
Various time penalties were imposed on several drivers and riders before the restart. They did not affect the overall standings in the FIA category but cost Abdullah Abu Aisheh more time in his duel with Mohammed Al-Balooshi in the motorcycle section and the local rider began the final day trailing by 5min 24sec.
The duo rode together for much of the final stage and Al-Balooshi held on to secure the win on two wheels by 3min 47sec, but that was increased to 18min 47sec when his rival was handed a 15-minute penalty. The young Jordanian he has been coaching in the UAE confirmed second place and Saudi Arabia’s Abdulhalim Al-Mogheera finished a distant third on this second round of the 2021 FIM Bajas World Cup.