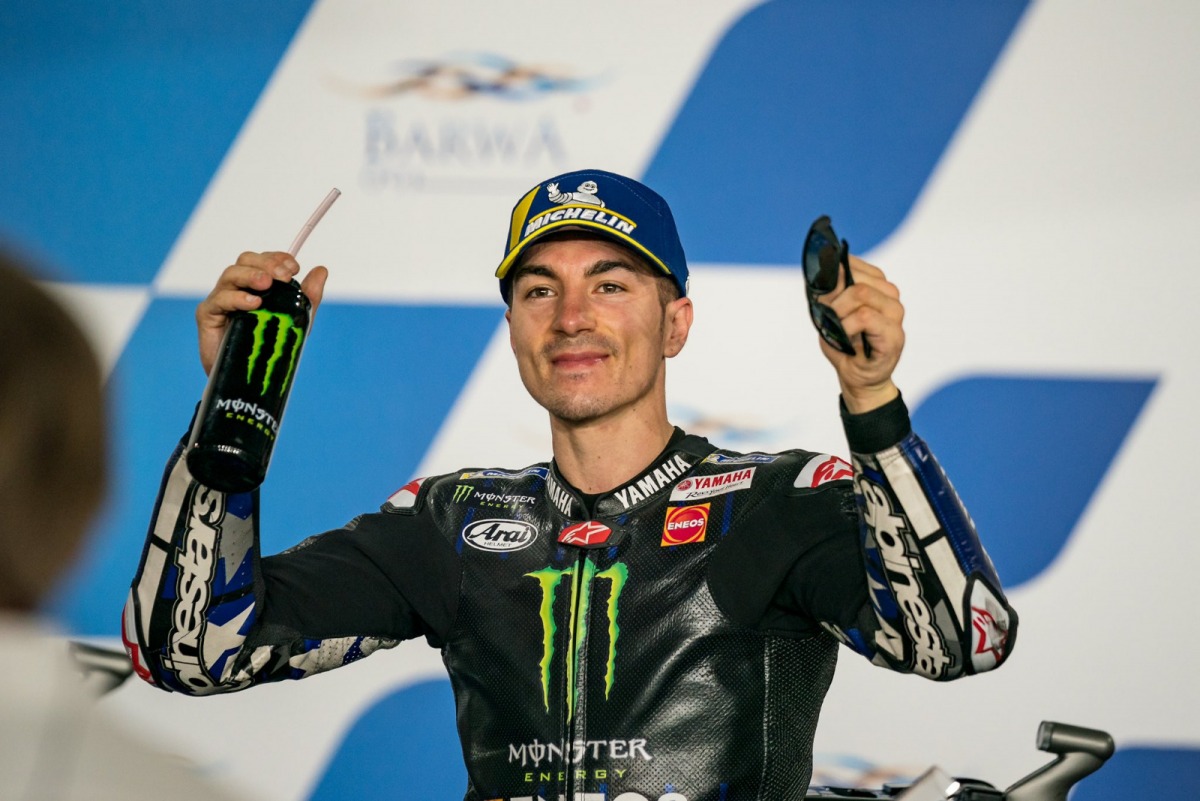 Doha, 29 March 2021 - British cyclist Sam Lewis was crowned champion of the Moto 2 category in the Qatar Grand Prix competitions, the inaugural round of the MotoGP World Championship for the 2021 season, which concludes this evening at the Losail International Circuit under the floodlights with the participation of 80 riders from the most prominent world champions.
Louis, 30, rider of Elf Mark VDS Racing, won the main race title after covering the 20 laps of 107.6 km with a time of 40.03.123 minutes, 2.260 seconds ahead of his closest competitor, Australian Remy Gardner Drag. Team / Red Paul KTM Ago / second-placed team, with a time of 40.05.260 minutes.
Italian Fabio Di Gianantonio, rider of the Federal Oil Gracini team, came in third with a time of 40.08.351 minutes, while the other Italian, Marco Bizecki, rider of the Sky Racing VR 46 team, finished fourth with a time of 40.08.364 minutes, while Spain’s Raul completed Fernandez, team rider / Red Bull KTM Ago / Top 5 list with a time of 40.09.268 minutes.
American riders Joe Roberts / Italian Trans Racing / sixth place with a time of 40.09.909 minutes, and British Jake Dickson / Petronas Sprint Racing / seventh place with a time of 40.11.844 minutes, and Britain’s Marcel Schrotter / Liqui Molly Intact GB / eighth place with a time of 40.14 .039 minutes, Dutchman Bo Bindsneider / Pertamina Mandalica SAG / ninth place with a time of 40.15.616 minutes, and Spain’s Jorge Navarro / MB Conforce Up / 10th place with a time of 40.19.923 minutes.
The race was strong and exciting from the start until the last lap in which Lewis won the title, winning the bike “Calex” and beating seven of his colleagues on the same bike that dominated the first eight places of the race.
British Sam Lewis expressed his great happiness at achieving first place and winning the Qatar Grand Prix, the first round of the World Motorcycle Championship, praising the level of exciting and strong competition in the race that was held under the floodlights, and all riders enjoyed it.
Lewis said, in a press statement after the coronation, that he did not expect to excel in the way that was achieved when overtaking, as his supremacy was in the first laps after he crossed an important turn in the early stages of the race, and then he was able to control the lead until the end of the race that ended with a difference Comfortable than its closest competitor.
He explained that he faced some difficulties on the circuit during the free trial and qualifying races, and had a minor accident during the warm-up period today, but he was able to overcome them in the main race after he was well acquainted with the circuit and its tracks, and used his focus and technique to reach the podium.
The British cyclist stressed that he has worked hard during the recent period, whether in the winter trials or in the free trial and qualifying races, in order to win, considering that it is important for any cyclist to win at the start of the season, which will give him the incentive during the rest of the rounds to continue on the coronation podiums and compete on World title.
With the end of the Qatar Grand Prix, the first round of the MotoGP World Championship, Lewis, who became the first Briton to win the inaugural race title in the Moto 2 category since 1979, led the overall ranking with 25 points, while Australian Gardner finished second with 20 points, while it came Italian Di Gianantonio is in third place with 16 points, while Italian Bizecki came fourth with 13 points, and Spaniard Fernandez completed the list of the top five with 11 points.
The main race for the MotoGP series will be held at the Losail International Circuit later this evening.
The second round of the MotoGP World Motorcycle Championship in Qatar will also be held under the name of the Grand Doha Prize, at the Lusail International Circuit under flood lights during the period from the second to the fourth of next April.
Last year, Japanese Tetsuta Nagashima, on a Kalex bike, won the Moto 2 category in the Qatar Grand Prix after winning the main race title with a time of 40.00.192 minutes, 1.347 seconds ahead of his closest competitor, Italian Lorenzo Baldasari on a bicycle / Calix / Runner-Up, with a time of 40.01.539 minutes.