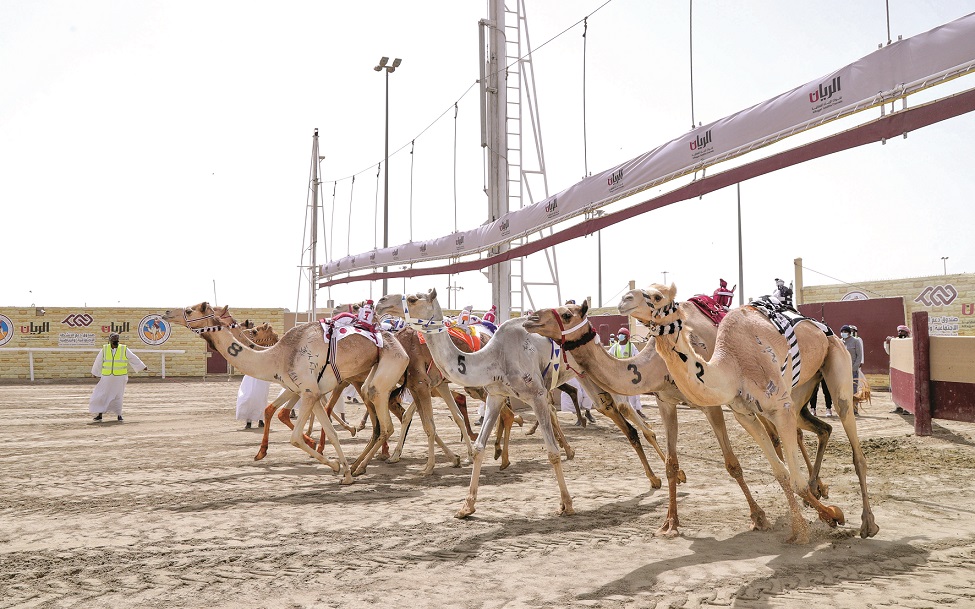 Doha, 30 March 2021 - Heads of Arab camel racing federations praised Qatar's leadership and excellence in organizing major camel races and festivals, on the sidelines of their attendance at the annual purebred Arabian Camel Festival for the sword of HH the Amir Sheikh Tamim bin Hamad Al-Thani.

The heads of Arab camel racing federations agreed that the State of Qatar provides all means for the success of the heritage camel events and races, which are inherited generation after generation and are given a great passion as one of the most important cultural legacies that are linked to the lives of the people of the Arab Gulf and the Arab region, becoming a historical heritage that reflects the beautiful past and an important economic resource for many camel breeders.

President of the Mauritanian Camel Racing Federation hailed the distinguished role of the State of Qatar in organizing many camel racing competitions and festival and reviving the ancient folklore of all Arab countries, noting Qatar's excellence in hosting various sporting events and tournaments, the most important of which is the 2022 World Cup.

He said that the annual purebred Arabian camel festival represents an important opportunity to compete and communicate between the Gulf states in particular, which are distinguished in these races, and the Arab countries in general that are interested in such races in different forms.

He added that organizing a heritage round to the Arab camel racing federation on the sidelines of the festival is a good gesture for contestants from all countries to meet and compete with each other in an ideal atmosphere to revive their popular heritage.

For his part, President of the Sudanese camel racing federation Khalid Al Numan said that HH the Amir's festival affirms Qatar's leadership in developing the traditional camel races, noting that the Camel Racing Organizing Committee provides all possibilities to organize successful camel races and festivals throughout the year, in order to preserve the camel sport.

He noted that the idea of organizing a heritage race to the Arab federation was distinctive and brought together participants from most Arab countries.

Director of the Department of Al Bashair Race Track for Arabian Camels in the Sultanate of Oman praised the distinguished role of the State of Qatar and its continued support for the camel racing sport.

President of the Moroccan camel racing federation commended Qatar's distinguished organization of various camel racing competitions and festivals, stressing Qatar's leadership in this regard and its support for the Arab heritage in all its forms.

President of Al Masoudi Society for Culture and Heritage in Jordan praised the organizing committee's allocation of heritage races on the sidelines of the annual major festivals, noting that such competitions attract the youth and contribute to reviving the heritage.

The President of the Tunisian camel racing federation praised Qatar's distinct role in reviving the camel racing sports and commended the idea of organizing a heritage race for the Arab federation.