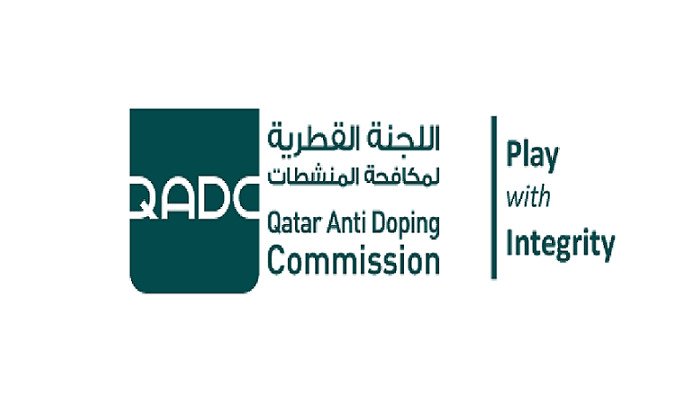 Doha, 6 April 2021 - The Qatar Anti-Doping Commission (QADC) launched its new brand identity on Monday. The new branding comes in light of the new phase in the QADC history after restructuring its board of directors to include HE Dr Abdulwahab al-Musleh as a president and Dr Ahmed Ali al-Mohamed as a vice president in addition to the other members; Dr Enas Abdulaziz al-Kuwari, Moza Sulaiman al-Hail, Dr Ahmed Abdulrahman al-Emadi, Mubarak Mohamed al-Ali and Brigadier Abdulaziz Ali al-Sulaiti.
Moreover, the QADC includes some other standing bodies such as appeal committee under the leadership of Sheikh Thani bin Ali al-Thani, Hearing Committee under the leadership of Dr Ghada Darwish Karbon and Therapeutic Use Exemptions Committee under the leadership of Dr Omar al-Sairafi.
The idea of the new branding is centred around the athlete who is the cornerstone of sports in general. The athlete in the new branding carries a purple sea lavender flower, which is one of the most famous flowers in the Qatari environment. The branding also includes pure environmental components, as the design of aims at promoting the concept of clean sport where every athlete has to strive for glory depending on his effort, persistence and integrity.
On this occasion, HE the President of the Qatar Olympic Committee Sheikh Joaan bin Hamad al-Thani said: “The Qatar Olympic Committee is keen to support to the QADC in this regard to achieve the goals for which it was established. With the intensity of competition, some athletes may use stimulant drugs and depend on illegal methods to achieve a false glory and gain an unworthy title. Today, the State of Qatar is one of the leading nations in the fight against Doping, so it has become a major destination for those who are interested in the sport.”
For his part, HE QADC President Dr Abdulwahab al-Musleh thanked HE QOC President Sheikh Joaan bin Hamad al-Thani for his unlimited support to the QADC. He also stressed that the QADC will always try to improve its performance thanks to the continuous support from the State of Qatar and the Qatar Olympic Committee in order to meet Qatar’s national and international commitments and to promote a competitive, clean and doping-free sports environment.
The new branding includes some basic elements that link athletes with the environment around him as athlete is the most important element in the new branding. The surrounding environment is represented by the sea lavender flower which grows in the coastal areas. The main idea of the branding highlights team Qatar athletes who are the cornerstone of Qatari sport. The athlete carries a sea lavender flower which can by found in the Qatari beaches. The new slogan “Play Pure” was written to look like waves which is one of the main elements in the Qatari environment.
The colours of the branding reflect the colours of nature, environment and team Qatar, but we also selected three other environmental colours including blue, yellow and purple.
The blue colour reflects the purity of the sky while purple colour represents optimism. The yellow colour refers to sand and sun which provides us with life, health and strength.