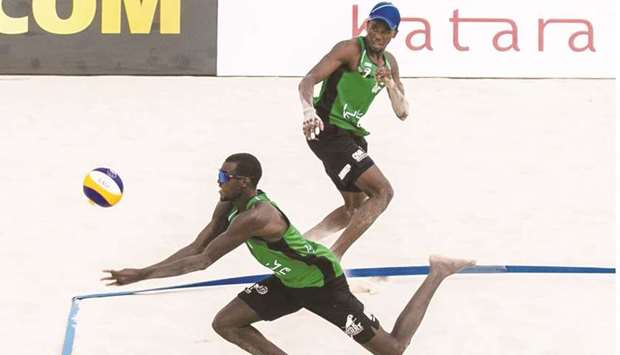 Mexico, 18 April 2021 - Cancun-Qatar's duo of Cherif Younousse and Ahmed Tijan will take on Mexico's Miguel Sarabia Delgado and Raymond Stephens Zamora in a crucial match in the main round of FIVB Cancun Hub on Sunday.
The three 4-star Cancun Hub tournaments will help clarify which teams are likely to end the qualification period for the Olympics, on June 13, inside the top-15, and earn a berth for their country at the Games.
After their straight set defeat at the hands of Russia's Ilya Leshukov and Konstantin Semenov on Saturday, the Qatari duo have to win to keep their hopes alive.
The FIVB confirmed that the Qatari duo of Cherif Younousse and Ahmed Tijan are among the top 15 teams in Men's Provisional Olympic Ranking issued on March 15.
The Qataris are ranked No. 14 in this Olympic race and under the current qualification system, the top 15, with few exceptions, are assured Olympic berths.