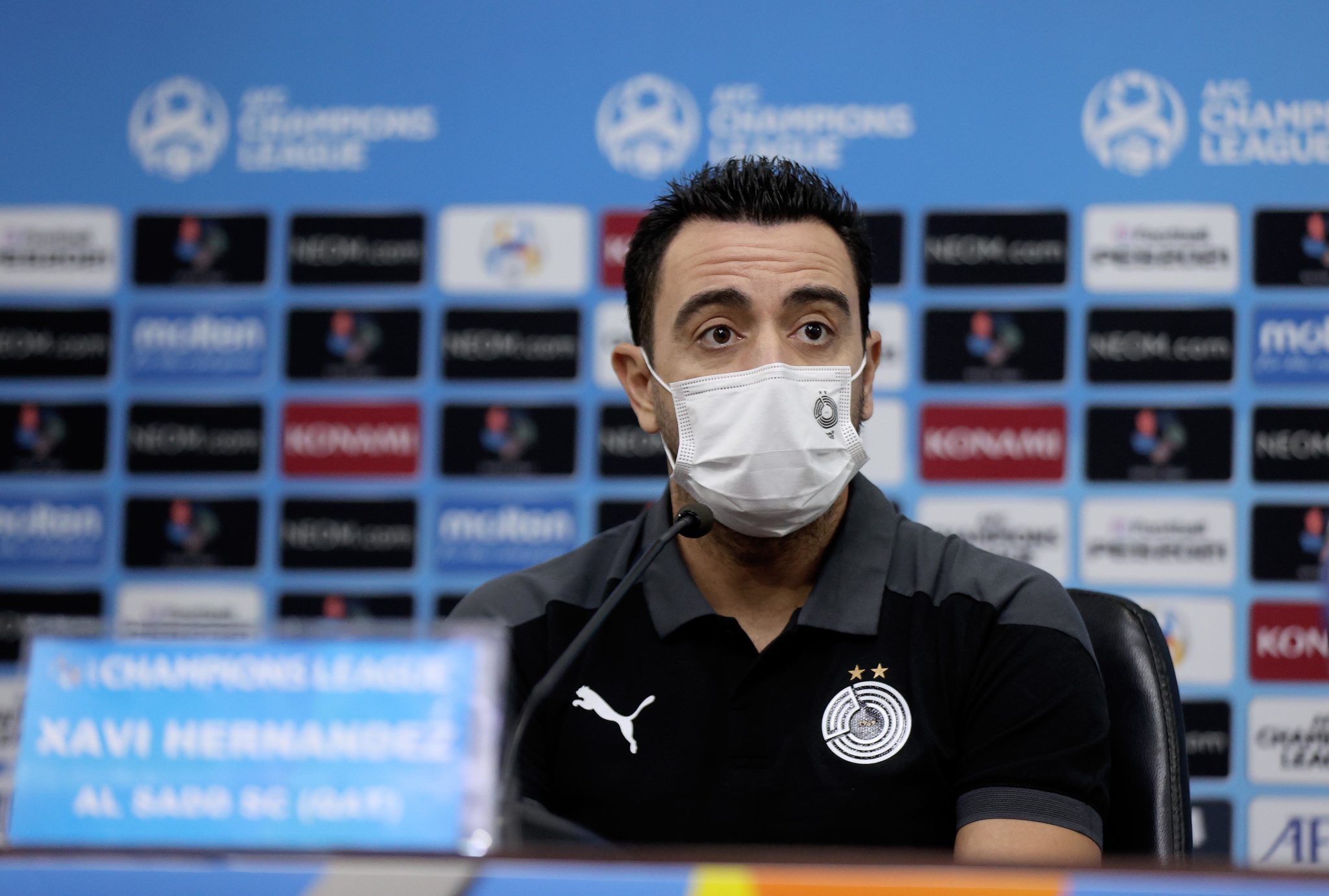 Riyadh, 28 April 2021 - Al Sadd SC head coach Xavi had nothing but praise for his side’s performance after the Qatar champions defeated Foolad Khouzestan FC 1-0 in Group D of the AFC Champions League on Monday. Nam Tae-hee’s 64th minute header proved the difference in their Matchday Five clash, as Al Sadd moved up to the top of the standings with 10 points.

Xavi’s charges held control of the match at the Prince Faisal bin Fahd Stadium, recording nearly 60 percent of possession with 12 shots, and the legendary Spaniard was ecstatic with the vital win as a draw against Saudi Arabia’s Al Nassr tomorrow will seal Al Sadd their Round of 16 berth.

“I would say that we played an amazing game,” said Xavi. “We played like warriors, because Foolad played well with the second ball, throw-ins and free-kicks. We were losing time after we scored. I’m happy for the three points, but we’re not finished. I adjusted some things tactically (in the second half) but we’ve been playing really well and just needed to score. I think this is our best game in the competition. The players showed everybody our real level and competed really well.”

Xavi is hoping his side maintain their fine performance against Al Nassr, having lost the corresponding fixture 3-1. “It will be another final,” said Xavi. “We need to keep our first position and prepare to get the three points again. This is our mentality for all the games. We want possession, we want to attack and it will not change.”

Foolad head coach Jesus Javier Noble was disappointed with the defeat, which ended their chances of a first place finish, but said the Islamic Republic of Iran side will push to finish second and hopefully advance. “I want to congratulate Al Sadd for their win, and wish them good luck in their final match,” said Noble.

“They made us work hard on the pitch from left to right. We had some good chances in the first half, and in the second we hoped to open the scoring, but they had a nice goal. Right after they scored, we had a golden opportunity but couldn’t score. We have a young squad, and this is the result of their best efforts. We have one match left and will try to win it. We have played all our matches with all we have, and we will keep giving our best, no doubt about that.”