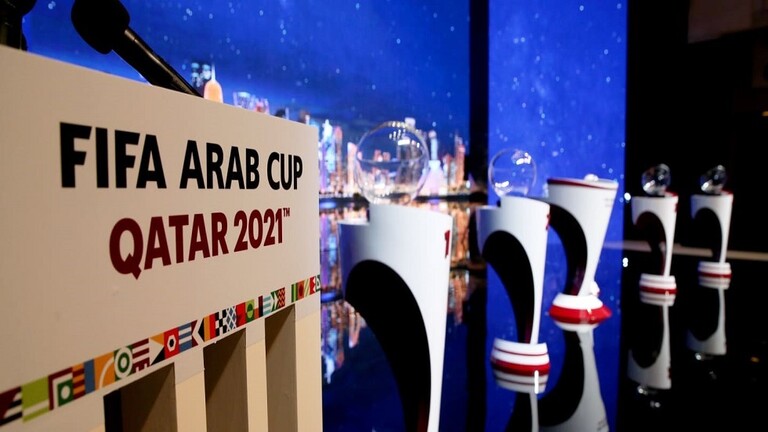 Doha, 29 April 2021 - Hosts Qatar will kick off the inaugural FIFA Arab Cup when they will take on a qualifying side in the opening match of the tournament on November 30.

Drawn in Group A, the reigning Asian champions will meet Bahrain or Kuwait to start their campaign in the highly-anticipated tournament. Al Annabi will then face Oman or Somalia on December 3 in their second match before taking on Iraq - the 2007 Asian Cup champions - on December 6.

A total of 23 teams will feature in the tournament, seen as the test event for next year’s FIFA World Cup Qatar 2022.

The Group stage will be competed among 16 sides following a qualifying round. According to details of the Arab Cup announced yesterday, the group stage will conclude on December 7, followed by the quarter-finals on December 10 and 11. The semi-finals will take place on December 15 while the final and third place play-off are scheduled on December 18 – the Qatar National Day (QND).

The final of the FIFA World Cup Qatar 2022 will also take place on QND. The matches for the FIFA Arab Cup are scheduled in a similar time slot to the World Cup, with kick offs set for 1:00pm, 4:00pm, 7:00pm and 10:00pm. Six Qatar 2022 stadiums will play host to the matches while more details on the venues and fixtures will be announced in due course, FIFA said yesterday.

Qatar will be looking for a strong show in Arab Cup to build momentum for an exceptional performance in the World Cup on home soil. Speaking on the sidelines of Arab Cup draw ceremony on Tuesday, Qatar’s head coach Felix Sanchez said the first target for his side will be to qualify for the knockout stage.

“Arab Cup is important for us because we can evaluate our performance one year before the World Cup. Hopefully, we’re going to perform well and we can bring some good results,” said Sanchez.

Meanwhile, another leading title-contenders, Saudi Arabia will kick off their campaign with a match against Jordan or South Sudan in Group C on December 1.

The regional football powerhouse will play against Palestine or Comoros on December 4, before meeting Morocco on December 7 in their final group match.

Saudia Arabia’s head coach Herve Renard said the FIFA Arab Cup will be a tough competition. “It’s a very good competition and we will have to be focused in this tough challenge.

I hope we will do well and go as far as possible in the tournament,” the Frenchman had said.