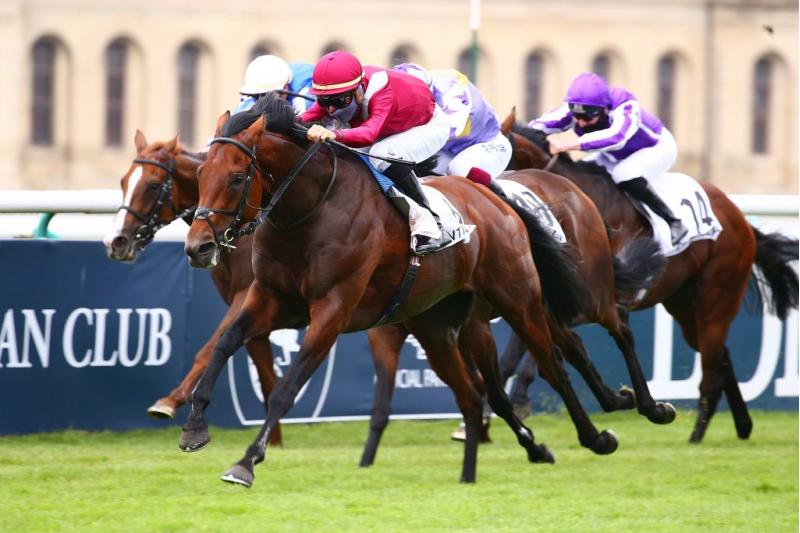 Doha, 23 May 2021 - France Galop and Qatar Racing & Equestrian Club (QREC) announced a partnership agreement for the Prix du Jockey Club in 2021 and 2022. QREC, already a partner of the weekend of Qatar Prix de l Arc de Triomphe since 2008, will now also be associated to the French Derby, the Qatar Prix du Jockey Club, which will be run on June 6 at Chantilly racecourse.

The Prix du Jockey Club (1st edition in 1834) is also a proven stallion making race. Whether they are called Darshaan (winner in 1984), Montjeu (1999), Dalakhani (2003), Shamardal (2005), Le Havre (2009) or Lope de Vega (2010), the winners of the French Derby, have very often become particularly sought-after stallions which have left a lasting mark on the Stud Book. Sons and grandsons of Prix du Jockey Club winners subsequently distinguished themselves such as Darshaan, Dalakhani and Reliable Man.

Issa bin Mohammed Al Mohannadi, chairman of QREC hailed the new development in the partnership between QREC and France Galop.

“We are delighted to be the partner of the Prix du Jockey Club”, he said.

“It is one of the most important races in Europe with an amazing history and an impressive record of winners.

“To add our name to this prestigious race, confirms our willingness of productive cooperation. We have already expressed and shown our interest in the French racing with the sponsoring of the most prestigious racing event in France, the Qatar Prix de l Arc de Triomphe as well as many other associated races, since 2008. We have built a very strong long-standing relationship with France Galop over the years and we are further reinforcing this partnership to include France’s most prestigious race for the three year olds, the Qatar Prix du Jockey Club,” Al Mohannadi said.

Edouard de Rothschild, President of France Galop, said: “France Galop is particularly pleased to sign this agreement with the Qatar Racing & Equestrian Club, a leading partner since 2008, the year it became involved in the Qatar Prix de l’Arc de Triomphe. This new sponsorship of the next two renewals of the Prix du Jockey Club (2021 and 2022), one of the most important events within the selection process of thoroughbred Flat racing, shows once more the QREC’s involvement and dedication to the French racing industry and is a recognition of the high level of its sporting program.”