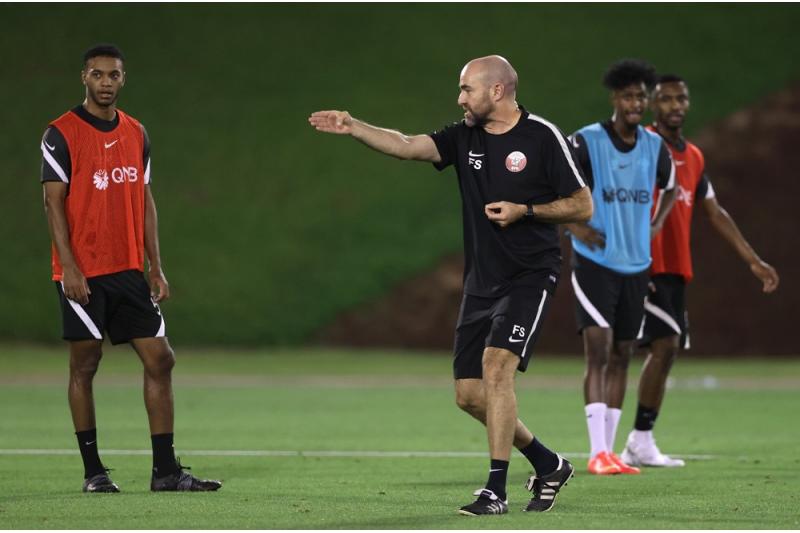 Doha, 27 May 2021 - The Qatari national football team will continue its training within its preparatory camp at the Aspire Academy stadiums in preparation for the India and Oman matches in the joint qualifiers for the 2022 FIFA World Cup Qatar and the 2023 AFC Asian Cup in Doha during the period from 3 to 15 June.

The Qatari team will meet India on June 3, and Oman on the 7th of the same month for the Group E confrontations, which include Bangladesh and Afghanistan.

The Qatari national team will regroup after the end of the next two matches in order to prepare for the Golden Cup championship starting July 10, and Qatar team will start against Panama national team on the 13th of the same month in the American city of Houston, which hosts the three Qatari team matches in the first round of the tournament.