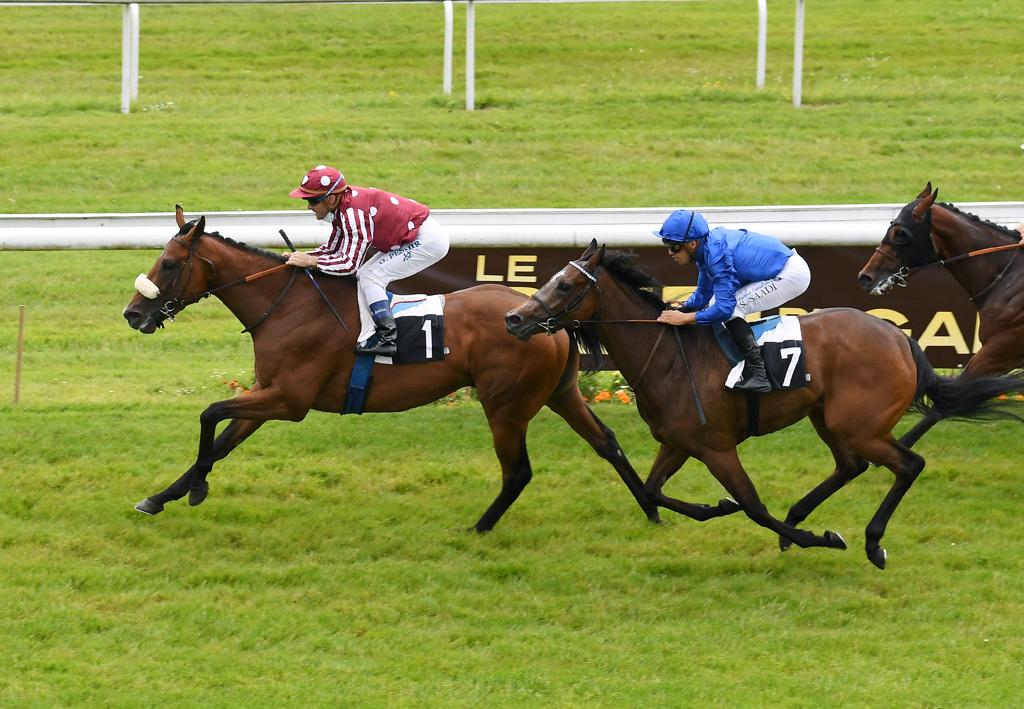 Paris, 30 May 2021 - Owned by His Highness the Sheikh Abdullah bin Khalifa Al Thani, Qaiser (FR) (Charm Spirit x Holly Polly) continued his winning streak on Saturday when winning the Prix Achille Fould, a Class 1 race over 2400 metres for 3-year-olds at Bordeaux - Le Bouscat, France.
With Olivier Peslier in the saddle, Qaiser went quickly to the lead and settled in second position throughout. At the 1,000-metre mark, he moved closer to the leader Merveillo (GB) (Archipenko x Merville) and was still travelling very comfortably.
Once in the home straight, Qaiser showed a nice turn of foot and kept challenging the leader until he took the lead in the final stages to win by half a length. Rainband (USA) (Medaglia D’oro x Fitful Skies) managed to snatch the runner-up place for trainer Henri-Alex Pantall and jockey Soufiane Saadi while the long-time leader Merveillo finished further 1¼-lengths behind him in third for trainer C. Ferland and jockey Maxime Guyon.
This was the third win in a row for this progressive son of Charm Spirit who will now be aimed at a Listed race.
“He is a smart horse”, said Antoine de Watrigant, Qaiser’s trainer, “once he gets in front, he starts to relax. He has more strength now. He is more mature and I think he is a good colt. His work rider has done a very good job with him and it starts to pay off. He will run in the Derby du Languedoc (Listed), at Toulouse on June 24th, then he will have a break in the summer. I think he will race in some Group races before the end of the year.”