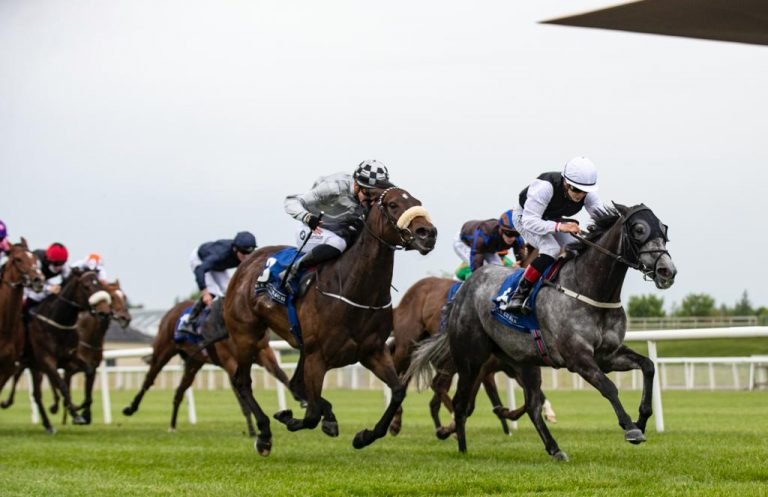 Curragh, Ireland, 3 June 2021 - The Qatar Racing & Equestrian Club (QREC) sponsored the Group 3 Qatar Racing And Equestrian Club Ballyogan Stakes at the Curragh racetrack in Ireland yesterday. The black-type event over six furlongs for three-year-old and older fillies and mares was won by the five-year-old mare Sonaiyla, who carries the colours of Moyglare Stud Farm.

Trained by Paddy Twomey and ridden by Ronan Whelan, the mare started favourite in the 13-runner race. Leaving the gates, she dived sharply to the left before her jockey managed to bring her back into the race. The field came over to the stand’s side rail, with Sonaiyla in mid-division.

There was not much pace in the early stages, but the rhythm began to pick up at the half-way stage. Racing inside the final 400 metres, Sonaiyla came to join More Beautiful on the lead. Teresa Mendoza came to challenge, but Sonaiyla pulled clear, only to have Romantic Proposal fly up on her outside.

The two ran neck and neck for several strides before Sonaiyla found an extra burst to hit the line half a length in front of her challenger, who is trained by Edward Lynam and was ridden by Shane Crosse. Teresa Mendoza held on well for third, one and a half lengths further behind, for trainer Jessica Harrington and jockey Ben Coen.

Clearly estimated by her connections, Sonaiyla is entered in the Diamond Jubilee Stakes and King’s Stand Stakes, both Group 1 races over five furlongs, at Royal Ascot.