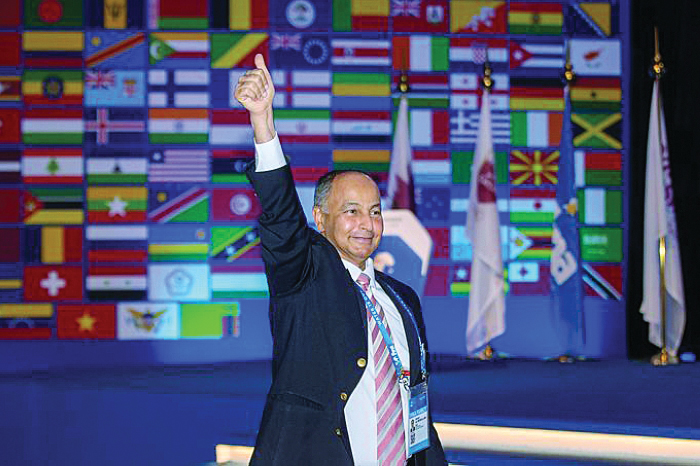 Doha, 6 June 2021 - Husain Al Musallam was elected as president of the International Swimming Federation (FINA) at the governing body’s Congress in Doha on Saturday.

The election of the Kuwaiti official was a formality, after Al Musallam was confirmed as the only candidate for the position.

Al Musallam moves into the top job after serving as the FINA first vice-president under Julio Maglione, who has stepped down as FINA President after 12 years in the role.

The election of Al Musallam, who was nominated by the Asia Swimming Federation, was confirmed by the Congress. The Congress was held in a hybrid format to allow members to attend either in person in Qatari capital Doha or connect virtually. A total of 319 votes were cast by FINA members in the Presidential election.

Al Musallam received 302 votes in favour, with seven candidates voting against his election and 10 abstentions.

“You are looking at the proudest and most humble man in Doha,” Al Musallam said.

“Thank you for putting your trust in me. I will not let you down. Today is the start of new journey for the aquatics family together.

“It is the culmination of a lifetime voyage for me and the honour of being elected your President,” he sressed.

Sheikh Ahmad Al Fahad Al Sabah, President, Olympic Council of Asia, was also in attendance at the Congress. He presented Maglione with the organisation’s Order of Merit award during the Congress.

Matthew Dunn of Australia was the sole Oceania representative. A total of 316 votes approved the candidates, with one no vote and two abstentions.