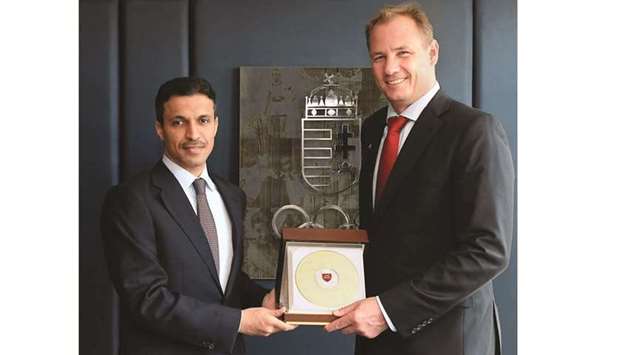 During the meeting, the QOC Secretary General extended the greetings of the QOC President, H.E Sheikh Joaan bin Hamad Al Thani to his Hungarian counterpart. In the meeting both officials reviewed the bilateral sport cooperation between the two organizations and methods of strengthening them in the future.

The meeting was also attended by Mr. Balint Vekassy, the Secretary General of Hungarian Olympic Committee.

The QOC Secretary General was visiting the Hungarian capital to attend the World Judo Championships which concluded on Sunday after brought together 661 athletes (men and women) , representing 118 countries.

It is worth mentioning that, Qatar will be the host nation of the IJF 2023 Judo World Championships, which is a qualifying event to the Paris 2024 Summer Olympic Games.

Qatar Wrap up Preparations for Senegal Match on Friday