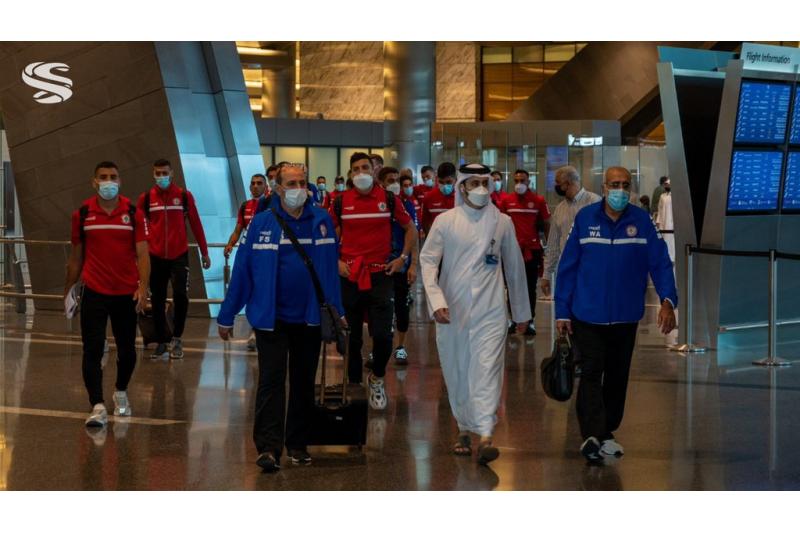 Doha,  23 June 2021 - Upbeat Lebanon, who have already made the next round of FIFA World Cup Qatar 2022 qualifying, now have the FIFA Arab Cup 2021 in their sights as they take on Djibouti in their play-off clash at the Jassim Bin Hamad Stadium on Wednesday.
Exuding confidence, Lebanon coach Jamal Taha while speaking to the media on the eve of the match on Tuesday said qualifying for the Arab Cup will be a proud moment for his team.
“We are ready to face Djibouti and our goal is to win this match and qualify for the Arab Cup,” Taha said at a virtual news conference.
“The recent Asian Qualifiers were the best preparations for us ahead of this match and we will utilise all this experience in the match against Djibouti,” he said.
The Lebanon coach added that Arab Cup will be more than just a tournament for his side.
“The Arab Cup will be like a mini World Cup. A compeititon involving all Arab teams is important, especially since this has not happened since a long time,” he said.
In contrast, Djibouti will require another selfless and inspired performance from Mahabeh and his team-mates in their 22 June showdown with Lebanon for a place at the FIFA Arab Cup 2021™.
The Cedars are 90 places above them in the Ranking and will not be lacking in confidence, having just secured their place in the third and final round of Asian qualifying for the 2022 World Cup.
However, their star player Mahdi Mahabeh has already insisted that the African team would provide for a strong clash.
“I’m calm and convinced that, if we manage to qualify, we’re capable of winning some games in Qatar. The main thing is to beat Lebanon and take part in this competition. That would provide something we lack a bit as a team: experience,” he said in an interview with Fifa.com.
A victory against Lebanon will also be a huge morale-booster for Djibouti, who will continue their World Cup journey in the second round group stage versus Algeria, Burkina Faso and Niger later this year.
But coach Julien Mette, who is missing several key players in the match, said it would be a big challenge.
“We are determined to well and book a place in the Arab Cup. We have watched five matches involvling the Lebanese side and we are well aware of their strengths and weaknesses.
“They are good team and the match will definitely be difficult,” he said, adding, “We have a young team, having an average age of 25 years who have the desire to prove themselves.