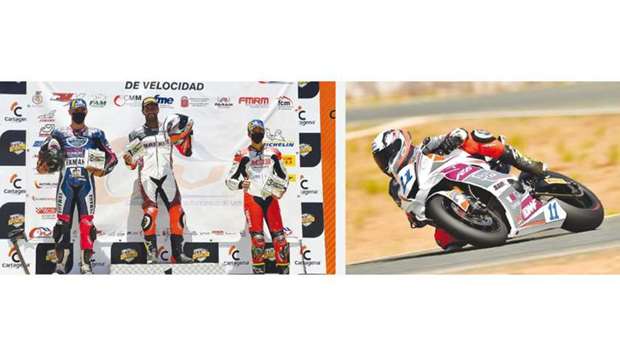 Cartagena, 6 July 2021 - Qatar’s Saeed al-Sulaiti emerged triumphant in the third round of the CIV Campeonato Inter-Autonomous Speed Championship in Murcia, Spain, on Sunday.

At the Circuito de Cartagena, al-Sulaiti topped the 14-lap Supersport 600 race in 23:01.469 seconds. Al-Sulaiti, who had finished third in the previous two rounds in May, also set the fastest lap of 1:37.640 seconds during the race.