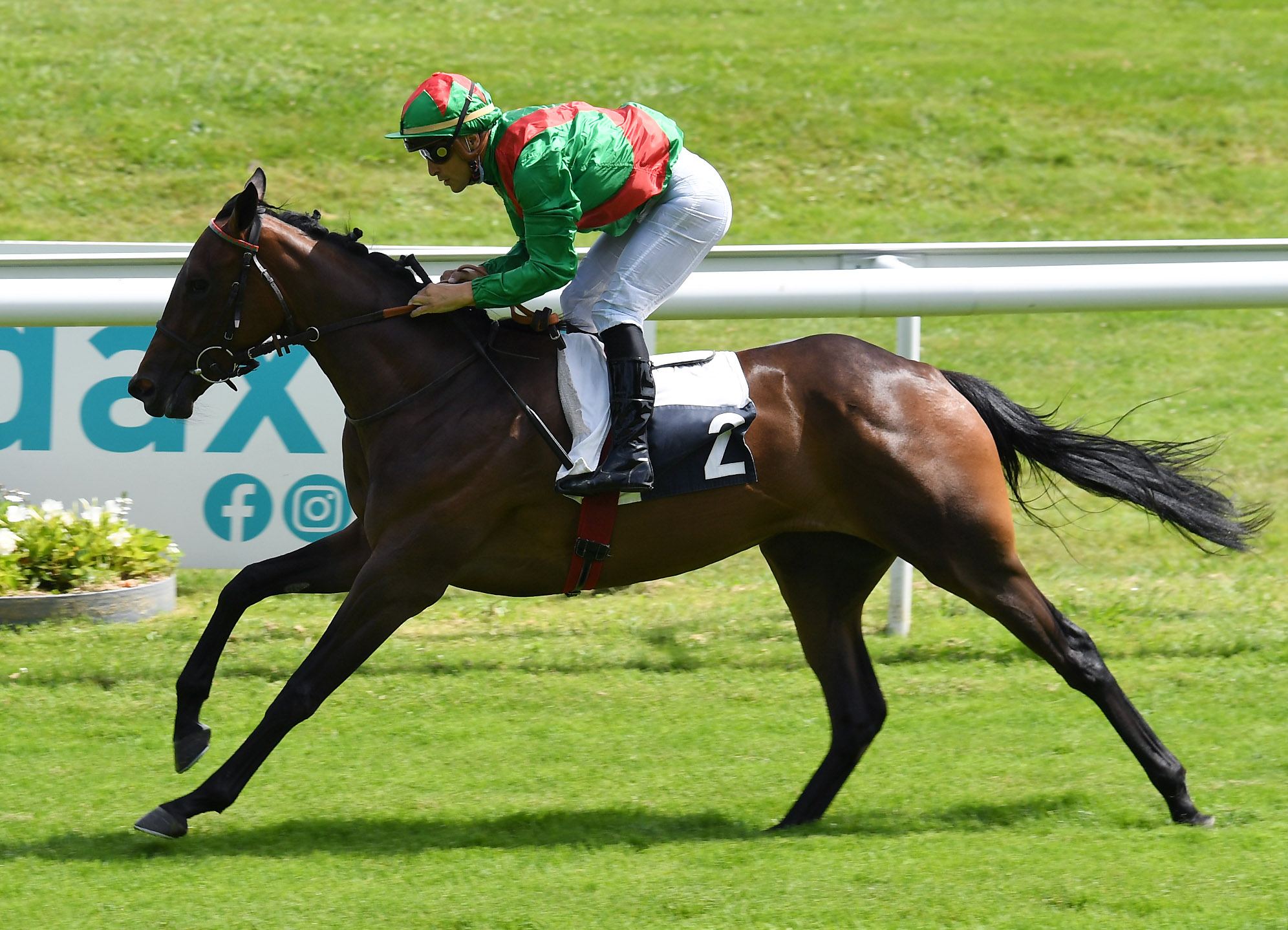 Dax/France, 12 July 2021 - After showing promise on her debut second at La Teste, OURAIKA (FR)(Zelzal x Sleek Gold) made the experience when carrying the colours of her owner Khalifa Bin Mohammed Al Attiyah to victory in the Prix Olivier Trilot at Dax racecourse.

Trained by Didier Guillemin and ridden by Emilen Revolte in seven-furlong race for two-year-old fillies, the bay filly broke quickly from the stalls and was placed immediately in front of her twelve rivals. On arrival into the home straight, it was clear that OURAIKA was going best of all and when asked to extend, she did so with ease. Despite running around inside the final furlong, she went on to win easily by three and a half lengths. The M. Alonso Roldan-trained and Ricardo Sousa Ferreira-ridden LOVELY DIAMOND (FR) (Wings of Eagles x Diamond Light) finished second a further neck in front of the C. Ferland-trained and Enzo Corallo-ridden AUDE (FR) (Shamalagan x Miss Rail Link) who battled hard back in third.

Bred by her owner Khalifa Bin Mohammed Al Attiyah, OURAIKA is one of the first winners sired by young stallion ZELZAL (Sea the Stars), who stands at Harad de Bouquetot. Her dam SLEEK GOLD (Dansili) has produced black-type performers COMPLICATION (No Nay Never) and SIMPLICITY (Cassamento).