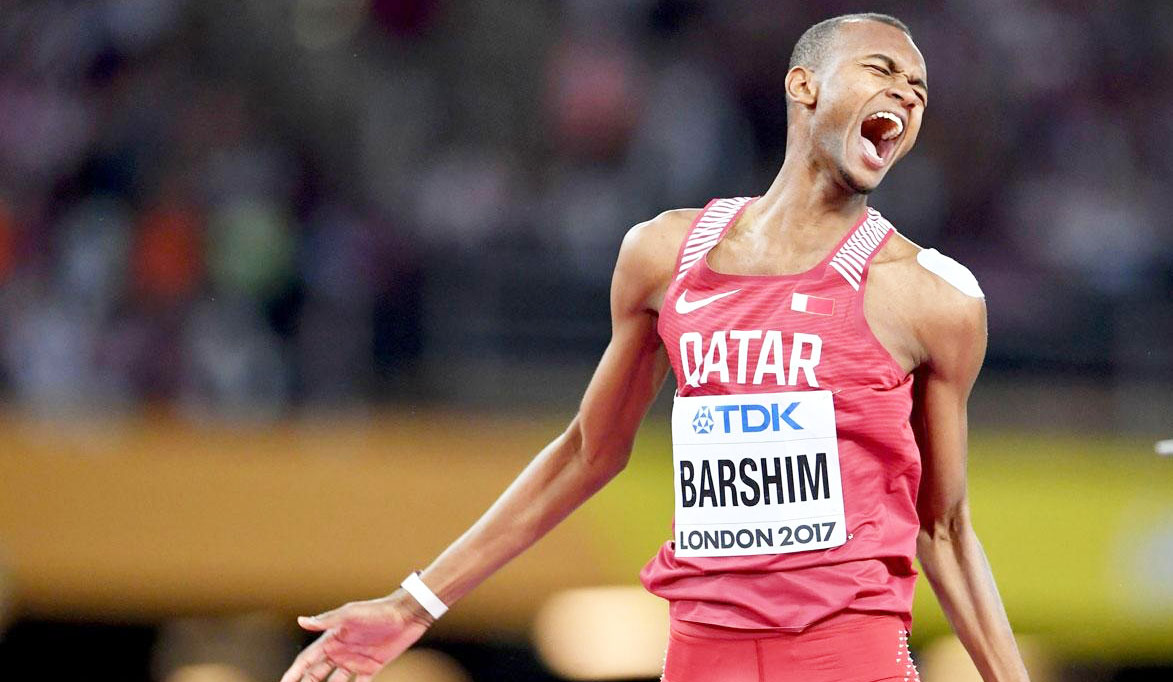 Tokyo, 29 July 2021 - Qatar’s hopes of winning an Olympic medal in Tokyo 2020 Olympics will rest on its athletics stars who will begin their campaign in the games on Friday.

After winning the bronze medal in London 2012 Olympics and the silver medal in Rio 2016 Olympics, Qatar's High Jumper Mutaz Barshim has his sight now set on winning the gold medal in Tokyo 2020 Olympics.

The two-time world champion will participate in Men's High Jump qualifications to begin at the Olympic Stadium in Tokyo on Friday.

Barshim has scaled 2.40m 11 times since 2013 – only world record holder Javier Sotomayor, with 17, has more successful clearances at that formidable barrier – and with a 2.43m personal best, is the second-highest jumper of all time.

The other Qatari medal contender Abderrahman Samba will be action on Friday. The 25-year-old Qatari middle-distance runner will begin his challenge in Men's 400m heats at the Olympic Stadium in Tokyo.

A slight injury slowed him in 2019 but he regrouped enough to take the bronze on home soil at the World Championships.

Samba qualified for Tokyo 2020 Summer Olympics Games after winning the 400 hurdles gold medal in the Shanghai Diamond League meeting 2019 with a world-leading time of 47.27 seconds and will arrive in Tokyo with a 48.26 season's best.

For her part, Bashayer al-Mnawari will face a stern test when she participates in Women's 100m heats on Friday.

On the other hand, Qatar’s rower Tala Abujbara will participate in Final E race of women’s singles sculls event on Friday to conclude her historic appearance in Tokyo Olympics.

After securing their spots in the knockout stages of the men’s Olympic beach volleyball tournament, Qatar’s Cherif Younousse and Ahmed Tijan will take on Jacob Gibb and Tri Bourne of USA at the Shiokaze Park on Friday.

Cherif and Ahmed began their Olympic campaign with a 21-17, 21-16 victory over Adrian Heidrich and Mirco Gerson of Switzerland on Sunday then they edged past Italy’s Adrian Carambula and Enrico Rossi on Wednesday.

For his part, Qatar's Mohamed Al Rumaihi finished the Men's trap shooting qualifying rounds in the 13th place with 121 points, just one point behind the last qualifier to the finals.