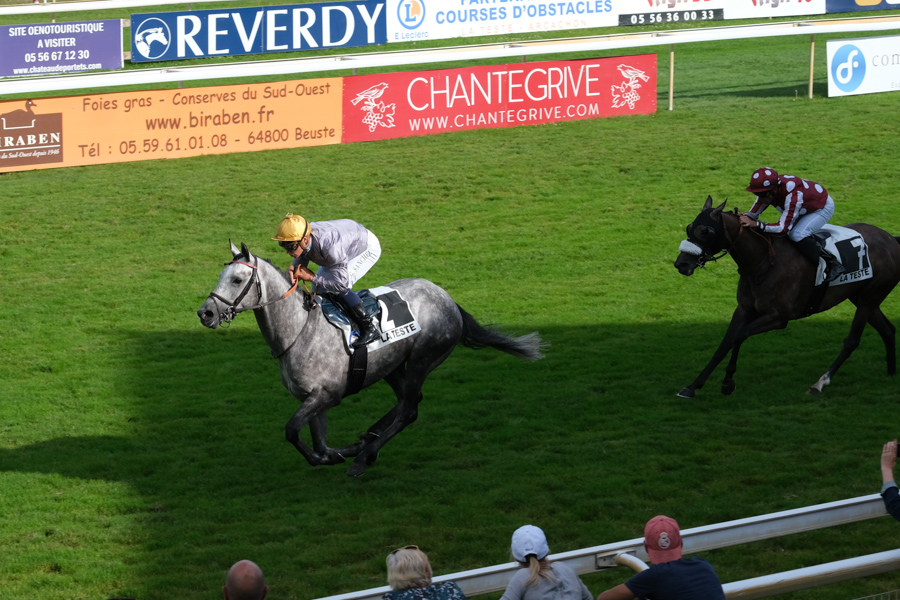 Breaking quickly from the stalls, the four-year-old ALMAFJAR pulled himself to the lead and travelled strongly throughout the 1,600m contest. Setting decent fractions, he had most of his rivals in trouble on the turn for home, but faced a strong challenge from the His Highness Sheikh Abdullah bin Khalifa Al Thani-owned QUEENSHALA (FR) (Al Mamun Monlau x Al Ramtha) 400m from home. The pair drew clear of the field and, although joined by QUEENSHALA, ALMAFJAR was not for passing and produced a strong burst inside the final 50m to go on and score by two lengths under a strong drive by Sanchez. The Thomas Fourcy-trained and Alexandre Gavilan-ridden QUEENSHALA finished second. NAMROOD (GB) (General x Essalda) threatened to get involved on the turn for home, but was no match for the leading pair and finished a further eight lengths back in third. He is trained by D. Watrigant and was ridden by Mickael Forest.