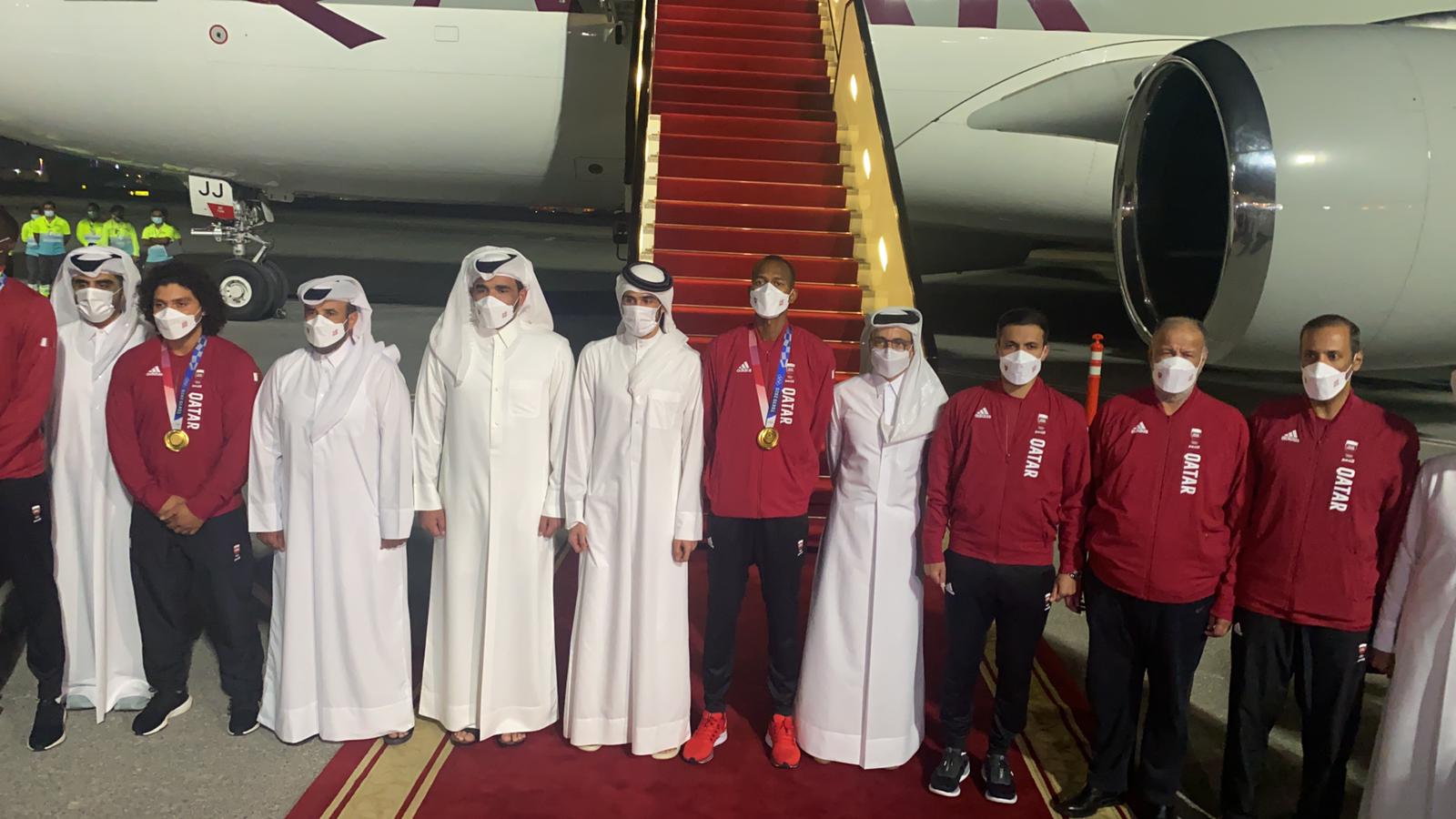 Amir H H Sheikh Tamim bin Hamad Al Thani also congratulated team Qatar yesterday in a tweet. “I am pleased with the historical achievements of our team winning two gold medals and a bronze. I congratulate our team 'Al Adaam' and our Olympic Committee for these honourable results in their participation in the Tokyo Olympics 2020,” H H the Amir said.

The Personal Representative of the Amir congratulated Qatar’s champions on the great accomplishment, praising the outstanding performance and high sportsmanship by Team Qatar in the Olympics, and wishing them the best of luck in the coming international tournaments.

A number of Their Excellencies Ministers, senior officials and media were present to welcome the Qatari Olympic mission.  Meanwhile, President of Qatar Olympic Committee (QOC) Sheikh Joaan bin Hamad Al Thani underlined that Qatar’s participation in the 32nd Summer Olympic Games (Tokyo 2020) was the best in the Qatar’s sports history.

The QOC President said Qatar accomplished three medals in the Olympics for the first time — one gold medal each for weightlifter Fares Ibrahim in the 96 kg weightlifting and champion Mutaz Barshim in high jump, as well as one bronze medal in the beach volleyball which is the first medal for an Arab country in a team sports.

The President of Qatar Olympic Committee affirmed that the distinguished results achieved in the Olympics are the fruit of the unlimited support to the sports sector by Amir H H Sheikh Tamim bin Hamad Al Thani, and the great efforts made by the sports federations.