QREC announces calendar, racing season to kick off on October 13 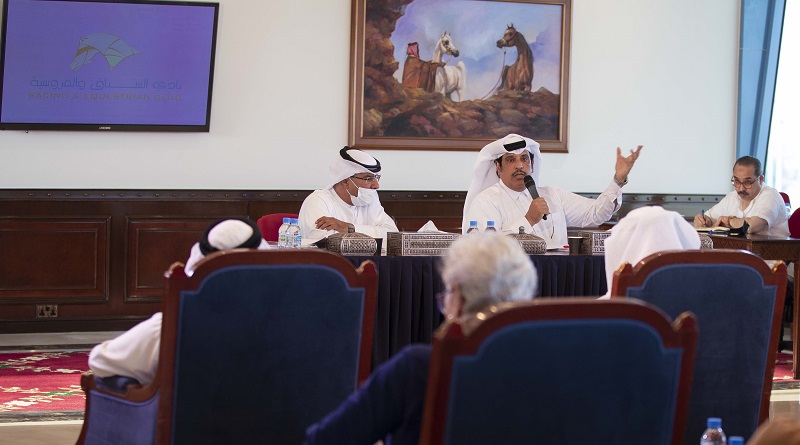 Doha, 10 August 2021 - The Racing Department of the Qatar Racing and Equestrian Club (QREC), during a meeting with horse owners and trainers, announced that action of the new season will kick off on October 13 at Al Rayyan racecourse.

The total number of races is 531 races, 83 races more than the last season. The number of races could increase during the season when races are divided or with new races added according to the developments of the season.

Following the meeting, owners and trainers, who were present, praised the development of the upcoming season’s programme, both in terms of quantity and quality. They expressed their aspirations for a successful season, which will serve as a basis for their accurate preparations for future seasons.

“We have taken into consideration that the programme should include races, which suite the various horse categories,” Al Kubaisi said

“In line with the QREC’s strategy, the programme focuses on race variety and enhancing racing standards. In fact, we started to prepare the programme as soon as the last season ended. Our concepts have been based on the numbers and categories of horses as well as the requirements and suggestions of owners and trainers. We have also been keen to complete the programme as soon as possible in order to give them the opportunity to prepare for the next season and set their goals and requirements accurately. We look forward to a successful new season for all parties,” Al Kubaisi said.

Al Boenain said: "We are pleased with this comprehensive development in the programme to meet and reflect the aspirations and requests of owners and trainers.”

"Their suggestions were raised through our previous meetings and after the issuance of the first draft of the programme,to which they presented a number of valuable comments, which were taken into account in the final version. The new programme takes into account the gradual progression of weekly race meetings as the season kicks off to ensure horses reach their peak potentials in the major meetings, topped by the H H The Amir Sword Festival days. It further accommodates all horse categories as well as their various age groups and ratings and offers fair opportunities to all through the large number of races over a variety of distances. We wish everyone all the best in the coming season.”